Another day, another goaltender introduction with scoring chances.  Devan Dubnyk took awhile to get to Edmonton, but now he's in a position to make an impact because his competition has been unable to do so.

I've listed his rank among his teammates as if he were a skater: 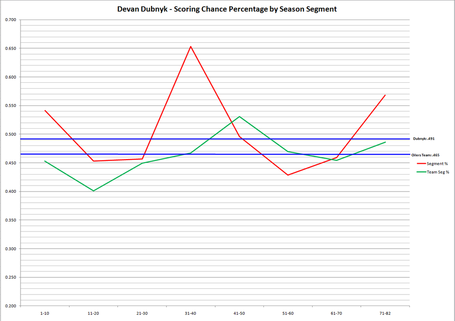 The Oilers are better as a team in front of Dubnyk.  The numbers are clear about that.