The Edmonton Oilers have a number of draft picks this year, and conventional wisdom says that General Manager Steve Tambellini is looking to move up into the top half of the first round. One young man who has caught the interest of scouts around the NHL has been Kale Kessy. NHL Central Scouting has Kessy ranked 101st among North American skaters in their final rankings, and Kirk Luedeke isn't sure where he'll go in the draft, but he does like his future:

"...he's a big open-ice hitter and one of those players who can alter the tempo of a game on a shift when he gets the physical, aggressive forecheck going."

Kessy is from a small town in Saskatchewan and is currently playing with the Medicine Hat Tigers. Kessy may not make a huge splash at the draft, and probably won't surprise by going two rounds before he is expected to. Kessy does show signs of struggling on the ice from time to time, and he seems to lack high-level hockey vision, but that doesn't mean he couldn't turn out to be an excellent NHL player, just not a first or second line player. Many teams are looking for a passionate driven player who will play a physical game, and Kessy possesses all of those traits and more.  There were times during the playoff games I took in in Medicine Hat, Alberta over the Easter weekend that Kessy appeared to be struggling to keep up with his teammates, but he did redeem himself. For example, Kessy was on the ice for the final minute of the 3-0 loss to the Kootenay Ice on Saturday Night and took a penalty during the final minute.  However, he did score Medicine Hat's first goal on Friday night, kick-starting a two-goal comeback that helped the Tigers take the Ice to overtime.

So, it is with great pleasure that I introduce you to Kale Kessy.  If you were already of aware of him, I hope that I am able to present something here that you were not aware of previously.

Copper & Blue: What is your take on fighting in hockey?

Copper & Blue: Do you think about guys that you might engage with before each game?

Kale Kessy: No, I don't really worry about that too much. If it presents itself during the game, I'll fight but I don't go looking for it unless I have to. So, I try to focus on my game and not let other players get me off of it.

Copper & Blue: You're definitely one of the team leaders in terms of hits last year. Do you go looking for those?

Kale Kessy: Ya, I try to play a physical game. I'm a bigger sized body. I just try to use my size to my advantage and just get pucks in deep and get hard on the forecheck.

Copper & Blue: You're projected right now to either go in the third or fourth round. Is this extra motivation or extra pressure?

Kale Kessy: For sure, I'm not focusing on that at all right now. I'm just trying to help the team go far in the playoffs. We've got a great team and right now, we're playing the Kootenay Ice. So we've got to just focus on this right now.

Copper & Blue: So you're not even aware right now then, that Edmonton may be interested in you?

Kale Kessy: No, not at all. I'm just focused on the series right now and I'm doing whatever I can to help my team move on.

Copper & Blue: Fair enough, what could you bring to a developing team then?

Kale Kessy: I don't know, I think I'm a bigger size, energy guy. I think that I can bring that energy type of role to a team and fight if I have to. I think I can provide a little secondary scoring here and there. 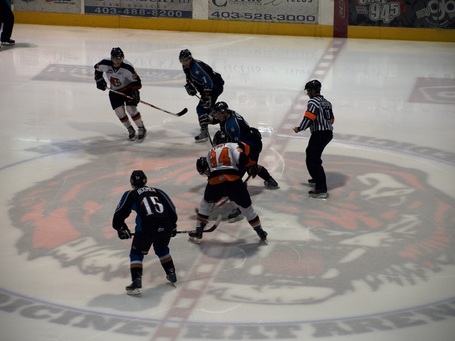 Copper & Blue: Does the idea of being drafted to a team far from home maybe seem a little daunting to you?

Kale Kessy: No, I don't think so. If I get drafted it will just be a huge honour. Whoever drafts me, that won't be a huge worry for me. I moved away from home when I was 12 years old. So, I've been away from home my whole life, so I'm pretty much used to it. I try to focus on this series right now and move on from here.

Copper & Blue: I was really curious about the fact that you had moved from home to play hockey, here in Medicine Hat right?

Kale Kessy: Ya for sure. It was a difficult choice for me and my family. I think that it was the best choice for myself, to pursue my hockey career. I think it's benefitted me a lot.

Copper & Blue: At 12 though, did you decide on your own or was it your coaches' and parent's decision?

Kale Kessy: Well, we knew a family friend here in the Hat, and said that he would billet me. So, that was a big influence. We knew the family well, so that played a big part too.

Copper & Blue: How would you describe your game to someone who doesn't get to see you very often?

Kale Kessy: I think I'm an energy guy, I bring a lot of energy to the team. I think I use my size to my advantage; I get pucks in deep, try to finish my checks and wear down the defenders and play a very simple game. I just try not to be too fancy out there and keep things simple.

Copper & Blue: What are you going to do to help your team win this playoff series going forward? 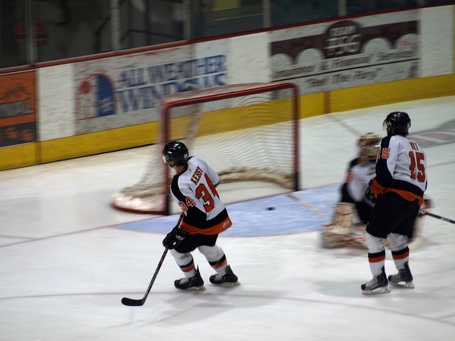 There are of course hundreds of players that will be drafted during this year's entry draft. Kessy will likely be among them, and I for one will be interested to see which team ends up taking him and where.