Standing 5'10" 180 lbs, he was never a prototypical hockey player.  He posted hall-of-fame statistics, but never looked like a hall-of-famer on the ice.  His game was one of anticipation, understanding, intelligence and movement.  He moved quickly and stealthily to open space just prior to the puck arriving in that open space.  He scored goals with a quick release and an uncanny premonition of the play.  Joe Mullen was never a guy that looked like an all-star, he just played like one. 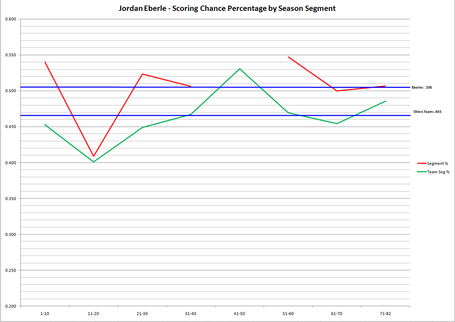 Above 50% as a rookie, no matter the qualcomp, isn't a bad thing.  Jordan Eberle had an impressive rookie season.