Shawn Horcoff's first year as Captain of a team built to land another lottery pick saw him play a well-defined role:  he was the defensively-responsible housesitter assigned to protect his own zone while the kids went gallivanting around the rink.  Horcoff played with fewer linemates than any other forward with as many games.  In a way, his housesitting duties rescued his reputation amongst Edmonton fans.  Prior to the season, the fan's book on Horcoff went something like this: "overpaid, useless, terrible, awful."  Now he's thought of in a completely different manner - he's the guy that allowed the kids to do their thing. 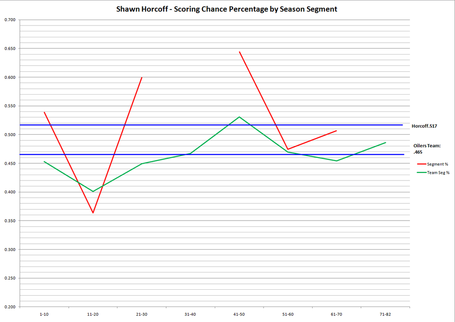