Ryan Whitney posted some rather exciting results in 2010-2011.  As Jonathan noted, it was his career year, offensively, at least.  He was alone in the top pairing for most of the season as Tom Renney chose to rotate the rest of the defense through the first pairing with Whitney.  One of the Oilers' biggest needs in the off-season is stability in the top pairing - a defensively mindful partner who can cover the roost when Whitney goes roaming. 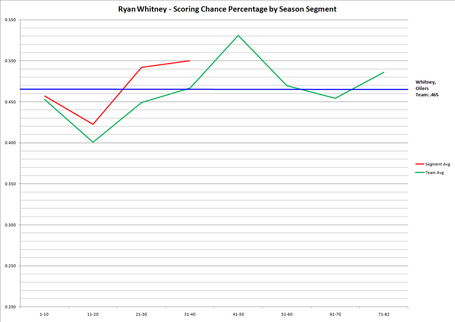