Ladislav Smid is 6'3" 225 lb defenseman, 25-year old former first-round pick who has already played 331 games in his career.  By most measures, he would be considered a success.  Unfortunately, those 331 games have been played for the worst franchise in the league and at age 25, he's still considered a work in progress, a developing talent.  As he did in each of the previous two seasons, Smid showed signs of real promise in 2010-2011, but he also displayed habits developed while playing his formative years in a blender. 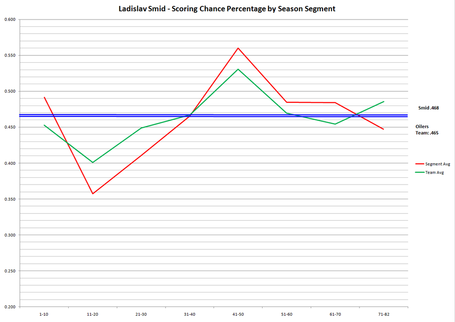