Taylor Hall had a remarkable rookie season.  Unfortunately for everyone involved, it was wasted on a last-place team.  From the beginning of the season, Hall showed a willingness to go to the tough areas of the ice at high speeds and an eagerness to shoot the puck early and often.  He didn't play the toughest competition, though with Rawhide line changes and the Alberta Waltz in the back who can tell, but he did drive the play.  His underlying metrics were solid and as you'll see below, he improved the players on the ice with him. 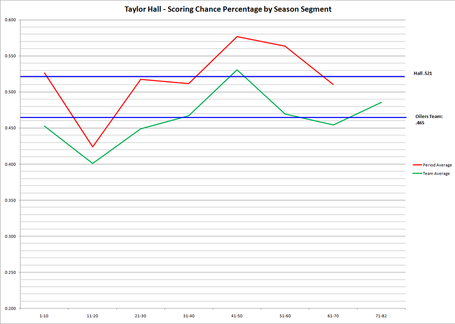