Why Is Even Strength Play So Important, Part II

Share All sharing options for: Why Is Even Strength Play So Important, Part II

We know the old saying "power plays win games" is overrated insofar as power play efficiency is concerned, and the same holds for the penalty kill.  We also know that even strength goal differential has a strong correlation to finishing position each season.

However, if we move away from the common parlance used by broadcast crews and the hockey media and forget about power play effectiveness or penalty kill efficiency, and use goal differential as a measuring stick, the relationship changes significantly.

Total power play goals have some correlation, not as strong as our previous findings, but interesting nonethless: 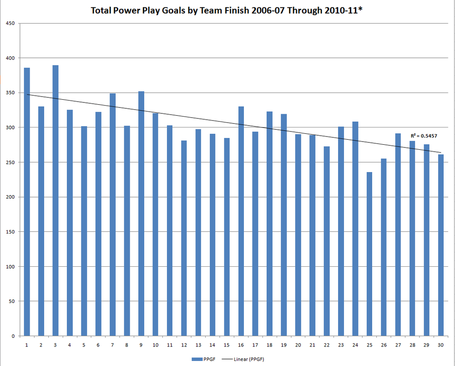 Short-handed goals against have a weaker correlation compared to power play goals for: 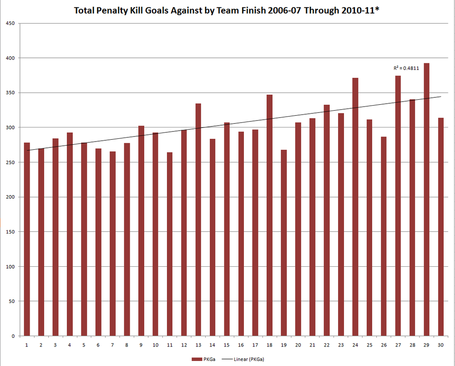 Neither total penalties drawn nor penalties taken have impact on finishing position: 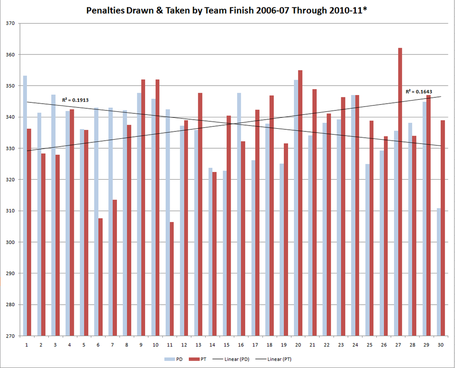 However, combine all of the above factors: 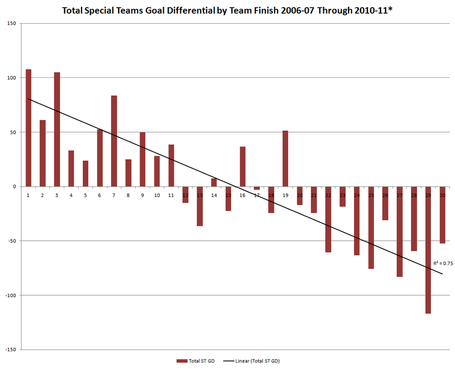 starts to show stronger correlation, though still not as strong as even strength goal differential.  Perhaps it's time for the media to take a different view of special teams.