At the beginning of the season, I compared the Barons' payroll to the other teams in their Conference, and we saw that the Barons were spending more than most of their competitors. But as we all know, between injuries, call-ups, demotions, and promotions, there is a lot of roster turnover on AHL. As such, I decided to take another look at what teams are paying their players in the AHL, this time using the Clear Day Roster for each team, which should give a pretty good indication of what the payrolls for various clubs will look like during the playoffs. After the jump, we'll look at what all of the teams in the AHL would be spending if the players on their Clear Day Roster had spent the entire year in the AHL.

Before going any further, a huge thanks to Capgeek is in order for all of the (non-speculative) salary numbers in this post.  Without that fine resource, this analysis just wouldn't have been possible. Sadly, they don't have the salary information for players on AHL-only contracts, and so I've highlighted those players in yellow in the charts below and estimated their salaries. Thus, all of the salary numbers in this first chart below contain a few guesses on my part. Still, they should be a good reflection of what teams are actually spending. The first column is the full season payroll for each team's Clear Day Roster. The second is the payroll for each team if we assume a maximum salary of $600,000, which prevents guys like Wade Redden from completely screwing up the exercise, and the chart has been organized by that column. The last column is the number of players on the team making at least $105,001: 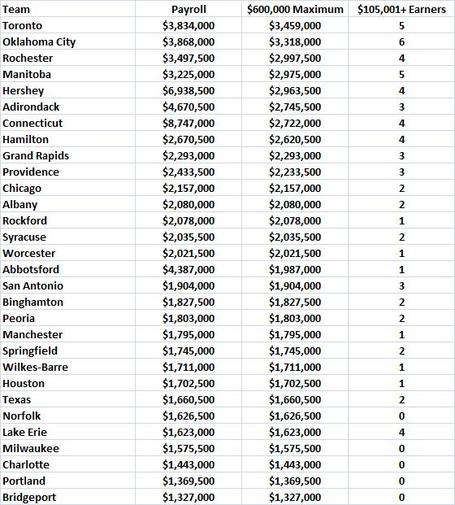 How much guys are getting paid isn't exactly the best measure of team quality in any league, and that's particularly true of the AHL where many of the best players are on entry level contracts that are capped at under $70,000 per season (the maximum is $62,500, $65,000, or 67,500 depending on when the player was drafted).  Nevertheless, all of these teams are adding veteran AHLers to their mix, and the teams spending the most ought to be getting better quality. The Barons have spent a lot, and with it looking more and more likely that the club is going to miss the playoffs, I'm sure that there will be a lot of disappointment in the front office. After the season ends, I'll be doing another AHL salary analysis that looks more specifically at the money these teams actually spent based on games played, and at that time do an efficiency analysis, but right now, it looks like the Barons aren't getting very good bang for their buck.

For those of you who are curious, I've also broken down the payroll for each team's opening night roster so that you can see where each team is spending most of its money. The charts below are in alphabetical order by city name (the name is in the bottom right-hand corner), and once again, all players highlighted in yellow have had their salary estimated: 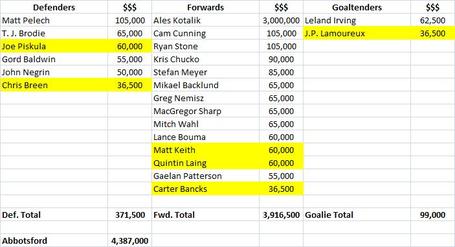 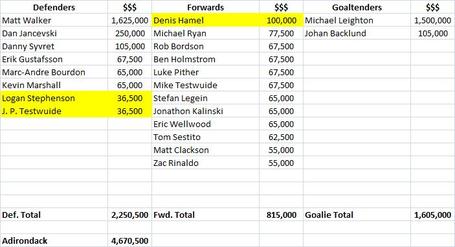 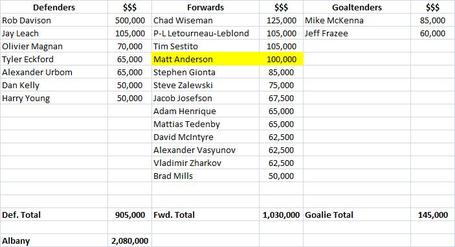 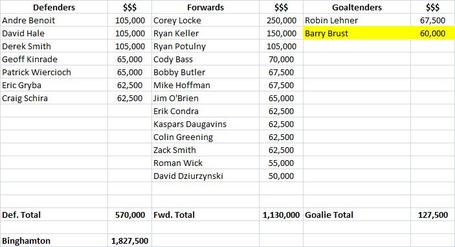 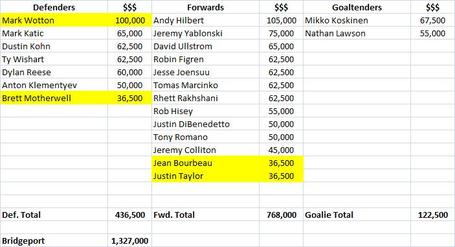 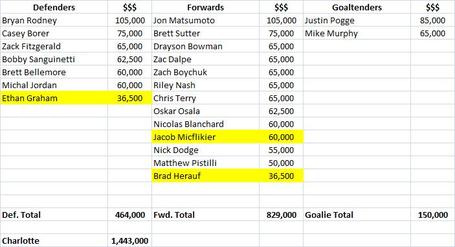 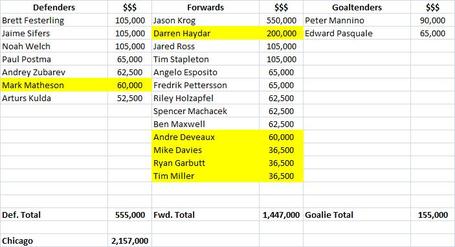 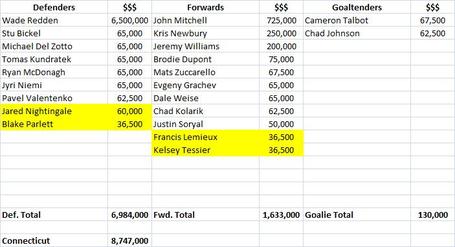 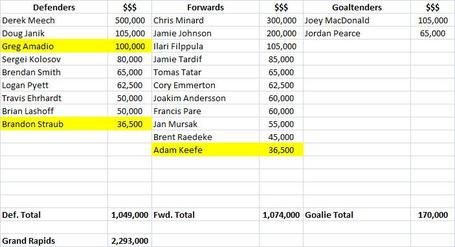 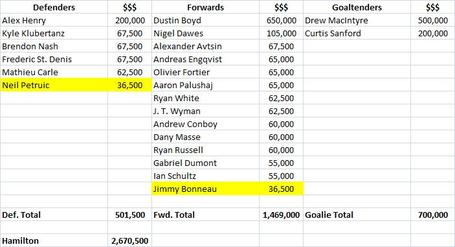 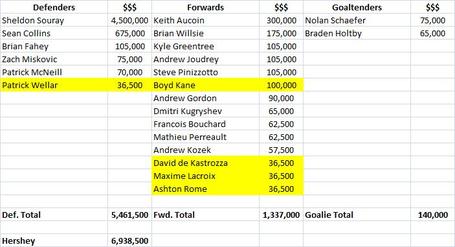 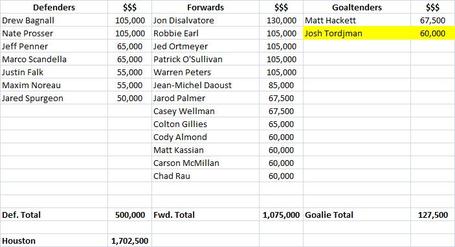 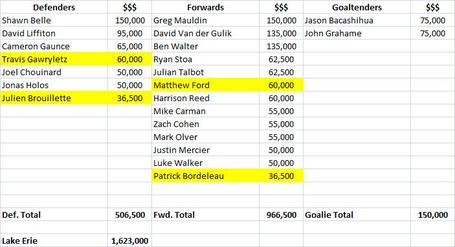 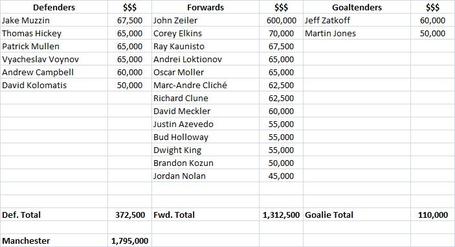 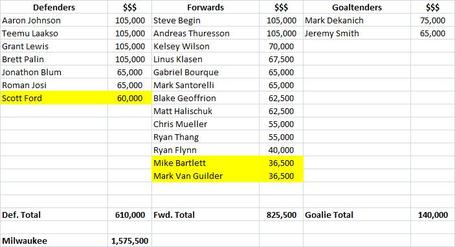 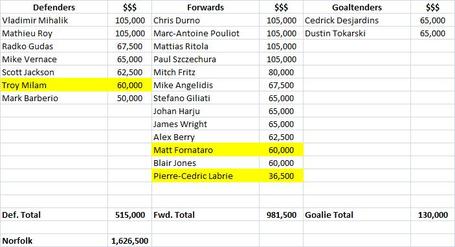 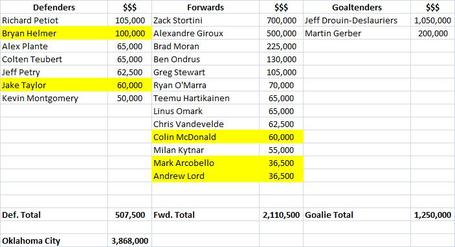 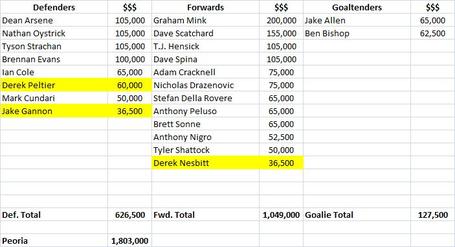 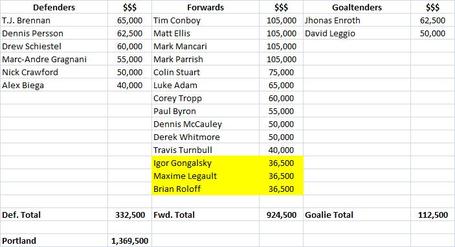 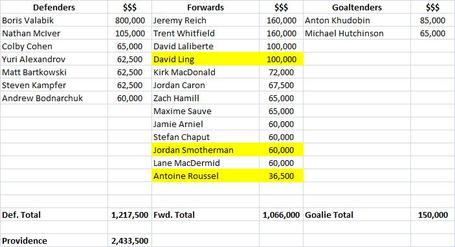 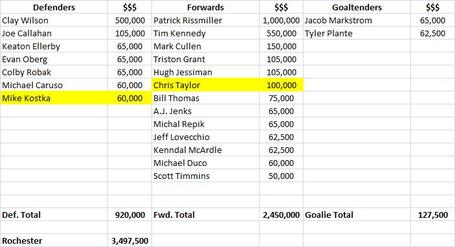 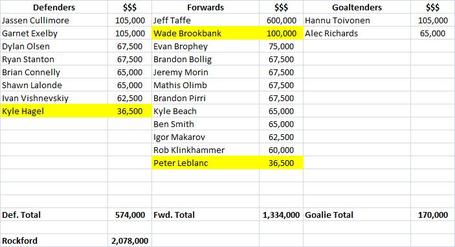 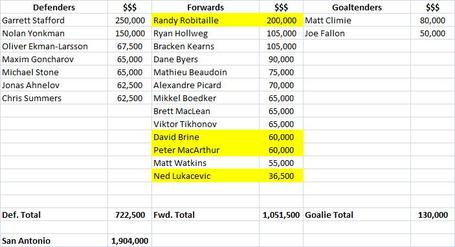 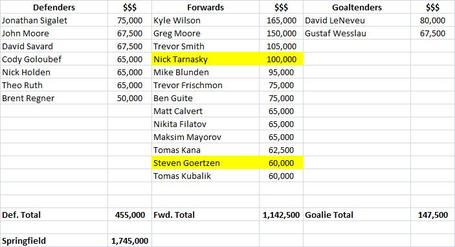 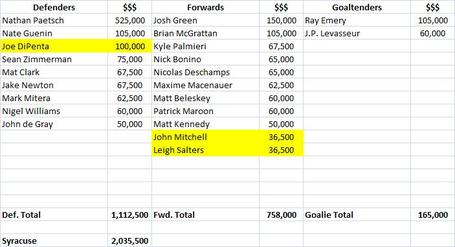 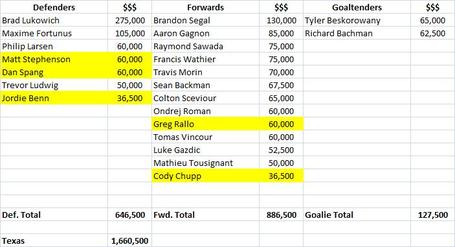 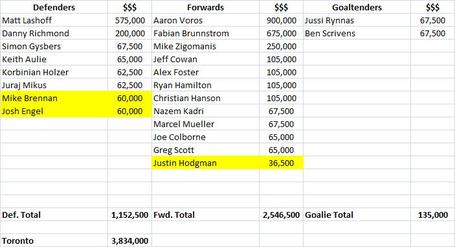 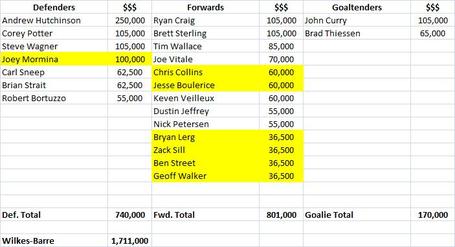 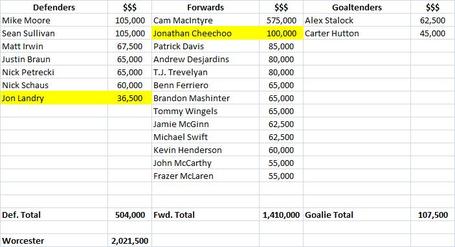