Share All sharing options for: A Closer Look At Ryan Jones - Scoring Chances By Season Segment

"Ryan Jones has been improving throughout the season."  After mentioning Ryan Jones' inferior Corsi and his scoring chance WOWY, his improvement and consistency were both brought into question.  If he's been much better lately, perhaps there's a player in there after all.  Rather than looking at a before and after, I've broken out his scoring chances in ten game segments for comparison.  After the jump are those results. 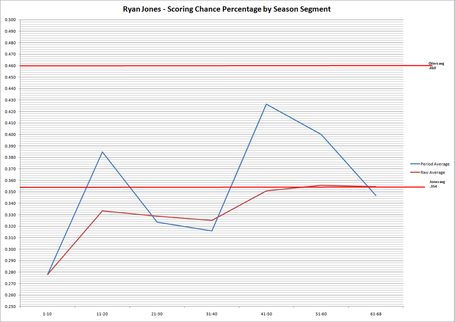