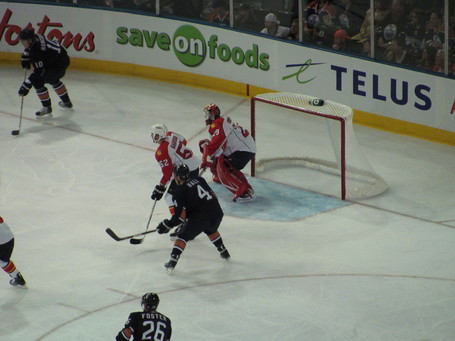 The individual power play chances for come after the jump.

First up the forwards:

Just for good measure - the recipients of the constant drop passes to the point: