Share All sharing options for: Oilers To Start New Streaks With a Regulation 4-3 Win over Coyotes

The Phoenix Coyotes have been making the news for various reasons, some hockey related, some not. For starters, the deal between Glendale and Chicago business man Matthew Hulsizer could close in the near future. This deal has made some people happy and some people not so happy. Paul Bissonnette is back on twitter as @BizNasty2point0 and just for his personality and sense of humour tends to make the news.

Other reasons the Coyotes make the news is for their marketing campaign to increase attendance, especially for mid-week games. The Coyotes have introduced "Bud Light Chill Nights" for the remaining Tuesday night home games for the season. Special ticket packages are $25 for upper bowl and $60 for lower bowl tickets. For that price you also get a t-shirt and a beer or pop. That's a pretty good deal I would say. Take a look at what they offer for this Saturday night against the Minnesota Wild. The first 10,000 fans will receive what looks to be a snuggie but is called a wearable blanket. The evening will also feature hot dogs, pop and beer all for a buck a piece, it's a "Buck Bash."

Overall this game went much like many other Oilers games this season, where Oilers fans would have had the most enjoyment watching only the final 20 minutes.

The first twenty minutes were fast paced with minimal stoppages. The play seemed fairly even, with nine shots for each team by the end of the first. The score wasn't quite even though. Shawn Horcoff was called for hooking five minutes in. It didn't take long for the sixth place in the west team to get the best of Devan Dubnyk when Scottie Upshall fired a quick slap shot through the screen and straight into the net. The Oilers took the next penalty too when Taylor Hall was called for tripping. The visitors had the best scoring opportunities, from an Oilers' fan perspective, in Ryan Jones and Tom Gilbert. Neither team scored however, so the Oilers PK was sitting at .500 for the night. So far of course.

It seems now that there are a couple of pairings that seem to have real chemistry. Hall and Horcoff continue to play well together making chances and getting shots. The same can be said for Linus Omark and Magnus Paajarvi. A third pairing seems to be Andrew Cogliano and Liam Reddox. Renney and company will have some tough decisions on what to do with the roster and line combinations once Jordan Eberle and Ales Hemsky return to the lineup.

In a reminder that pretty close just isn't good enough in hockey, Dustin Penner despite his efforts couldn't quite get the puck past Illya Bryzgalaf but started off the second period in a good way for Oilers fans. Less than a minute later however, Kyle Turris beat Dubnyk putting the Coyotes ahead by two.

If you didn't know anything about the scoring for this game, I would have bet you $50 to guess which Oiler was the first to score on the night. Who would have said Jean-Francois Jacques? Not anyone I know, but Kurtis Foster's shot only needed to be tipped or deflected in by one man. With Jacques and Zack Stortini on the doorstep either could have managed to score, but Jacques has three on the year now and the Coyotes lead was cut in half.

The final period is where fans sat up and took notice. Perhaps the Oilers are part of some extravagant energy saving endeavor, trying to encourage fans to turn off their televisions and computers until the final frame of each game? Of course not, that's ridiculous. I like to think of this as the longest buildup to exciting hockey that one can take.

Another power play goal drought was broken by who else but Taylor Hall. It's almost as if this guy can play hockey or something. Hall is enjoying his time in the NHL, and proving that he has the skills to be here. So thank you to Martin Hanzal for taking that interference penalty, it was much appreciated by Oilers fans. The second opportunity on the power play when Bissonnette went to the box for high sticking did not play out as well, but one power play goal for the night is better than no power play goals on the past week.

The Omark-Paajarvi connection seems to be unmistakable, but adding in Sam Gagner doesn't seem to be hurting the team much. The POG line was the next to score, giving the Oilers their first lead of the game on a perfect read play by Omark. How Omark magically pulled that puck to his stick, or knew exactly where to go really doesn't matter, but is amazing to watch. 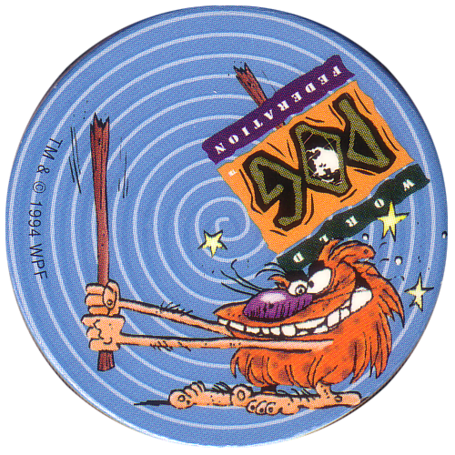 There was far too much time left in the period to think that this would be the end score. Oilers fans were prepared for the continuation of their emotional roller-coaster ride, and it's a good thing too. Scoring his second of the night was Upshall with a shot that would have been tough for Dubnyk to beat, and well, he didn't. So, the game was tied at 3 and fans began to hope for overtime.

Working his way down the ice, and fast, Hall had an opportunity to regain the lead. This however, is where we play tonight's edition of "should there have been a call?" Hall appeared to be held back by Adrian Aucoin, but as you can tell there was no call. This was a weird one in my opinion. As an Oilers' fan of course I wanted to see a call. As a hockey fan, I am OK with the fact that there wasn't. I can see how the on ice officials would have thought it was a legal play. The worst part of this play however, was Taylor Hall slamming into the crossbar. Of course the net kept sliding and crashed right into the boards. That would have winded anyone, then add in the speed that Hall had, and that had to hurt. Thankfully it looks as though Hall was fine, he was on the ice in the final minute of the game. Hall being on the ice was exactly what Penner needed to score an non-highlight reel goal. At this point, I don't think anyone will complain that this was a goal that didn't sparkle, it got the Oilers a win in regulation!

This is in fact my second write-up for the night, my witty well worded (well of course I think that now that I had to start all over again) first edition was lost in the computer world to gnomes or something. I may not be as upbeat and bubbly as my first attempt was, but hopefully you can still sense my happiness and excitement.

Here we go, positives and take aways for the game. The Oilers were sadly, abysmal in the face-off department winning just 34% on the night. Ryan Jones was the only player to go over .500 with his win on the one and only face-off he took. Andrew Cogliano and Shawn Horcoff each won 40% taking 18 and 15 face-offs respectively. Sam Gagner seemed to have an even more difficult night, going 2 for 12 or 17%. Ouch.

The Oilers power play of course was so much better than it has been in previous outings. One for three is so much better than zero power play goals, let's hope that this is the start of a new streak. On the other side of the coin, the Oilers penalty kill was pretty good, allowing only a single goal on three opportunities. Hey, if we can be happy about getting one in three, we have to be okay with giving one out of three right?

After a game like this, Oilers fans' biggest dilemma would be as I mentioned earlier, trying to decide who to send back to the farm, and how to re-arrange the lines if you were coach and Renney was not. In post game interview Omark remarked to the effect that he is playing every game to the best of his abilities, wanting to stay up in the NHL. If these are the biggest concerns for the evening, life is looking up.

Will this win start a new streak, if they can bring energy and control the speed of the game they will stand a better chance in third third meeting in three weeks with the Dallas Stars. Steve Ott may or may not finally drop the gloves, as he has been hinting he would like to do, or he may not. Still. Stay tuned folks, we don't have long to wait.