Share All sharing options for: Weekend Update : Welcome To 2011

It was another week with another Oilers rookie with their first NHL goal. What an exciting month for Oilers fans! Ryan O'Marra scored Sunday night in Vancouver in what ended up another disappointing loss to a NW division rival. Tuesday night saw the Oilers face off against the Buffalo Sabres with another loss to add to the 2010 total. Thursday yet another NW division opponent, the Colorado Avalanche were in town and wouldn't you know it, but that as the last loss for the 2010 calendar year.

Oilers prospects were given opportunities to shine in the World Juniors and shine they did. Olivier Roy put on an excellent show in net against the Russians while Curtis Hamilton scored the final goal of the game for team Canada in their 6-3 victory. In what started out with a disappointment, Tuesday afternoon's game against the team from the Czech Republic soon turned into high scoring victory for team Canada and Olivier Roy. By this point Roy had secured his position as starting goalie, especially with a 7-2 victory. Wednesday night was a game against Finland. No surprise here, a 10-1 win with 4 goals from LA Kings prospect Brayden Schenn. Friday was the much anticipated Canada vs Sweden matchup. This match for Oilers fans was especially exciting as this was an excellent opportunity to see the unbeaten Anton Lander and the rest of the Swedish team. In a high scoring nail biter, the Swedes took it to advance directly to Monday's semi finals. Canada is not out of this yet, they just have to win in the quarter finals on Sunday.

Jeff Deslauriers has been in net for team Canada in the Spengler cup. Starting on Monday against Spartak Moscow, a Russian team and has looked solid for the most part. A team that is made up of players that don't usually play together and don't have much time to work together due to the shortness of the tournament like the Spengler needs a goaltender that will find their groove quickly and that is what Deslauriers has done. Sadly, team Canada had a 3-2 loss to the host team, HC Davos of Switzerland on Tuesday. Wednesday however facing Sparta Prague, team Canada pulled out with a 4-3 OT win. Thursday saw Canada once again playing the host team HC Davos, only this time Canada was able to achieve a 4-0 win. The final game of the tournament was early Friday morning for those of us still in North America. Team Canada played SKA St. Petersburg and fell slightly short losing 4-3. That means that this is the third year in a row that a Russian team has captured the title. Jeff Deslauriers won the honour of tournament's top goalie and Canadian player of the game for the last game of the tournament. I hope that this experience and winning this honour will help with Deslauriers game and confidence once he returned to Oklahoma.

Many of you likely don't care for the Spengler Cup. I can appreciate and understand that opinion but as a friend recently told me the "Spengler Cup has got to be - hands down - my favourite hockey tournament of all. No pampered millionaires, no big sponsorship deals, and no annoying announcers like Pierre McGuire. It's just a bunch of lunch pail Canadians playing because they love the game and because wearing the Maple Leaf on the jersey still means something to them." I couldn't have worded it any better myself. There are a number of sponsors though, but they are all over the jerseys. I love that. The jerseys and pads look so busy! Would I like to see advertising on NHL jerseys? Hells no, but at a tournament during the holidays, it just feels festive. Not only that, but have you looked at the arena? It looks like the inside of a ski lodge. I bet it smells like cedar in there. Not only that, but look at how the seats are set up for fans, the seats against the glass are raised, making your viewing experience as a fan that much better. It would be easier to see the entire length of the ice through the players. 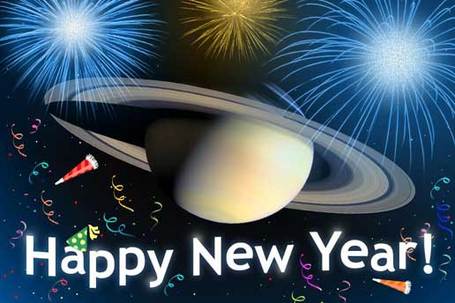 The Oilers' skills competition was announced to be on Saturday January 22, 2011. I know many of you are saying that's an oxymoron, but I assure you that this is a skilled team, just not a consistent team. This year's skills competition will likely sell out and fill our Rexall unlike what happened last year. For the 2010 edition the Oilers were coming off of a ten gaming losing streak and fans were starting to realize this would be a team that would once again miss the playoffs. This year, there are three highly skilled Oilers rookies that are sure to steal the show in Taylor Hall, Jordan Eberle, and Magnus Paajarvi.

Ok, fun stuff for the Oilers now taken care of, we have to remember the injury bugs for the week. Ales Hemsky did return to the ice but a right ankle injury to Ryan Whitney has the Oilers point leader out for what looks to be a long time. It was hoped that Whitney could work with Petry to develop the young defenseman's game. This still can happen, but not in a game situation, for now. The Oilers called up defenseman Shawn Belle Friday night to have him ready to play tonight against the Calgary Flames. Sean Horcoff is still out, as is Jim Vandermeer but that's it for now.

Friday afternoon provided a letdown via the TSN ticker on the World Juniors pre-show. Yup, the Oilers have sent Linus Omark back to Oklahoma. Omark will play tonight against Rockford, which will delight the Barons' fans in attendanceand leave Oilers' fans wanting more.

In NHL news, the biggest story of the week has to be that Calgary Flames GM Darryl Sutter has stepped down as of Tuesday at noon. Assistant GM Jay Feaster has been promoted. Many, many, many of you saw this coming. The cries for Sutter's head here in Calgary had quieted slightly but they were still present. Now, well the people have what they wanted at least. Will Feaster be able to lead these Calgary Flames to 10th in the west? This girl can only hope so.

Sidney Crosby saw his amazing point streak come to a crashing halt Wednesday December 29th in a 2-1 shootout loss to the New York Islanders. I thought that it was interesting the the following day, December 30th 1981 was the day that Wayne Gretzky made history with his 50 goals in 39 games. The current record for consecutive point scoring stands at 51 games, set in 1983-84, shockingly enough this is yet another record held by Gretzky.

Nashville Predator's Jordin Tootoo has voluntarily entered the NHL/NHLPA's substance abuse and behavioural health program due to alcohol issues. Hopefully Tootoo will be able to come back to his game happy and healthy. Hockey players do live lives that are not much like the life that you or I lead, but they are still people who may find themselves in trouble once in a while. Thankfully the NHL and its' players association has help available for those who do need it.

In an attempt to get below the NHL cap floor, ok get as close to the floor as possible, the Islanders traded their defenseman James Wisniewski to the Montreal Canadiens for their second round pick and a conditional fifth round pick in 2012. The Islanders seem bound and determined not to improve and not spend money. This leads me to wonder why the owner Charles Wang is still involved with the team. It would be another matter altogether if  management appeared to be building a winner, or were making improvements from one year to the next. They're not though. I can't help but truly feel for Islanders fans. This franchise was at one time storied and an exciting team to watch now.... Tavares did look to bring some hope back to Long Island but apparently there are still several missing pieces to the puzzle.

Chris Osgood became the tenth NHL goalie in history to hit 400 wins on Monday with a 4-3 win over the Colorado Avalanche. Immediately after the speculation and arguements whether Osgood should be inducted to the Hockey Hall of Fame began. Osgood is certainly not on my short list to make the HHOF, but I don't make these decisions either, so we will just have to wait and see what happens.

The NHL's winter classic has been delayed due to the 100% chance of rain in Pittsburgh to 8PM eastern. We will have to wait to see if the game will be delayed further to Sunday.

Get yourself a copy of Jandermeer

Omark showed lots of sizzle, but needs more meat in his game - Cult of Hockey Staples

AT RANDOM: WHAT ABOUT ANDREW? - Oilers Nation Brownlee

Also a quick shout out to the team I have been hosting for the Mac's Midget Tournament in Calgary, the Edmonton Thunder. These ladies have been undefeated in their regular season and are undefeated at this tournament. They will be playing in the women's finals against the Saskatoon Stars this morning at 10am at the Scotiabank Saddledome. Good luck ladies! I'm rooting for you!