A Musing on Writing and Blogging - Part 1

Share All sharing options for: A Musing on Writing and Blogging - Part 1 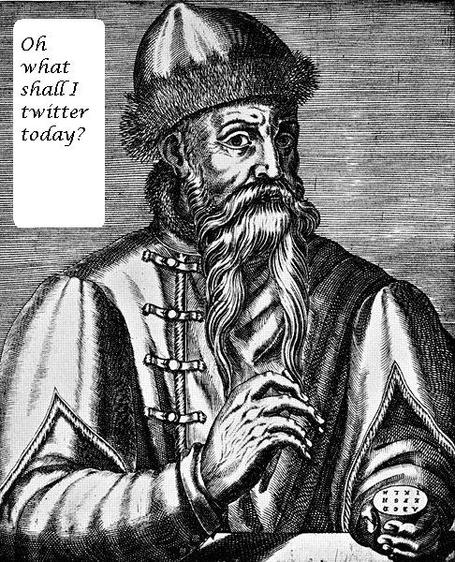 You know, I started writing this article over two years ago.  Stopped and started many a time because:

1. there were thoughts I couldn't complete and/or
2. it didn't seem topical anymore

There is a lot of discussion, on occasion, regarding the blogger/journalist paradigm.  When I think about it I tend to let the tangents take me where they will, mostly because a) there really is nothing new under the sun when you think it through and b) I burn easily.

Is Writing the Issue?

Look, writing is an act of creation.  As with any act of creation it is both dead and alive.  Dead by virtue of being complete.  Alive by virtue of existing outside (independent from) its creator and by being able to bring forth new creations from receptive hosts.

It's dead.  It's alive.  It spawns.  So take your pick: vampires or just great big spermies swimming free in the ether?

I say the above to make the point that writings, in and of themselves, are separate from our assignations EXCEPT by virtue of those characteristics we ascribe to them.

Hence the fight(s) had now. Over nothing.

Is Blogging the Issue?

Sports blogging is a phenomena only because it allows the classic 'who' (people who are), 'why' (fans of) and 'what' (a team), to further (communicate) the dynamic that is an expression of opinion or thought and make it immediately accessible - both to and from - via a newer 'how' (user friendly software) and 'where' (the internet).

At its essence, that is all it is.  Heck.  Not even a new phenomena at that.  Gutenberg changed the world well before Gore did (that's a Lowetide reference kids).

That's right.  Luther was a blogger.  Deal with it.

So if blogging isn't the issue...

Change, by definition, is a revolution.  What has changed?  What is now revolting?

Certainly that has changed.

And with that, everything else.

Have a great evening everyone.