About a year ago, Kent Wilson wrote an article which mentioned the tendency of certain teams to draft an atypically large number of players from certain leagues.  The article is actually is actually entitled "The Best Player Available Myth," so that right there should give you an idea of what it's about.  The whole article is well worth a read but I'm going to focus on the following excerpt from that article for today's piece:

"This may be why clubs develop what I call "fishing holes", by which I mean they concentrate their scouting in certain amateur/developmental leagues (for the Flames, it's the WHL/CHL) - they can become familiar with the relative degree and value of the competition and therefore can more capably gauge a prospects level of performance."

Now, the Flames are an extreme example drafting more players from one league (WHL) than any other NHL club but it is true that all teams have their own "fishing holes," i.e. areas where they draft proportionally more players than the rest of the league.  After the jump we'll take a look at the tendencies for all thirty NHL teams.

What I've done in the following charts is taken all of the players selected in the last five NHL entry drafts (2005-2009) and calculated what percentage of draftees were taken from each league.  Here are the percentages for each of the leagues: 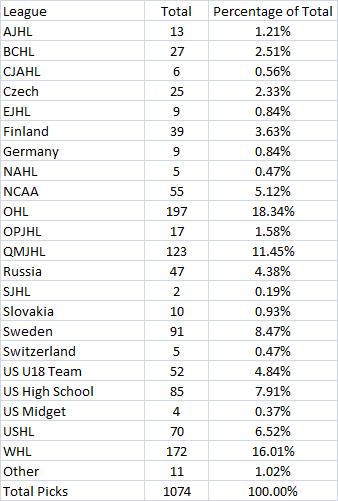 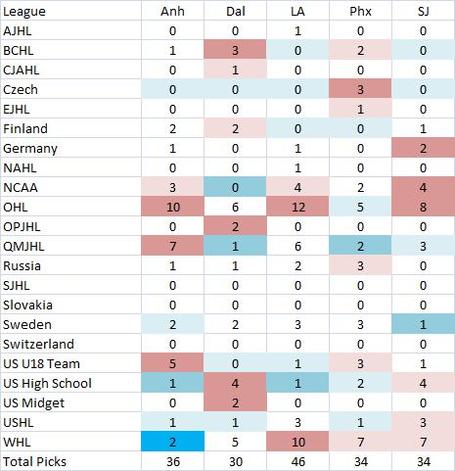 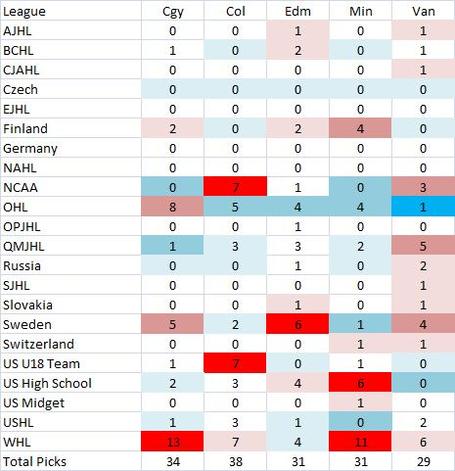 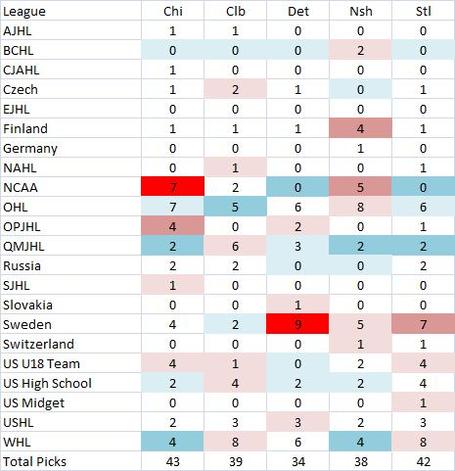 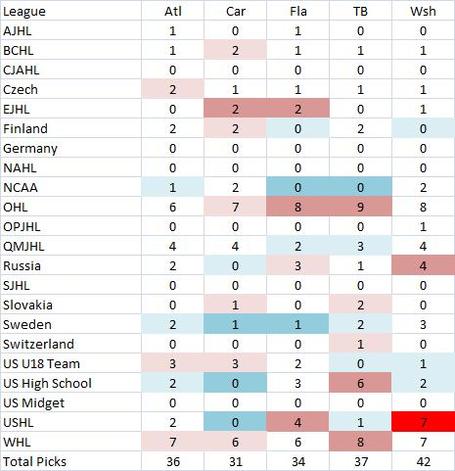 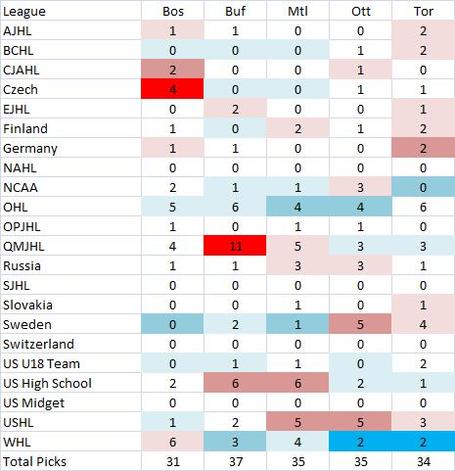 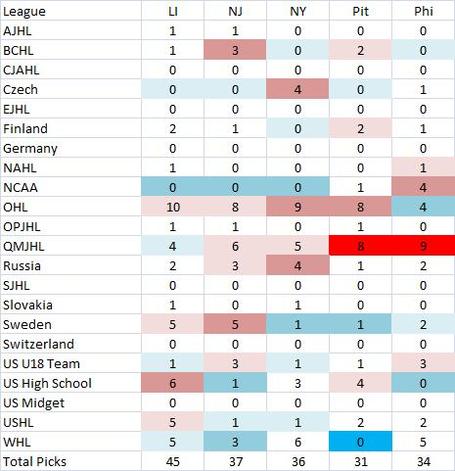 One of the fun ways that this data may help is in looking at prospects leading up to the draft.  The Oilers, for instance, have a couple of second round picks and I know that I'll be taking a closer look at the Swedish prospects slated for the second round a bit more closely as we approach the draft.  Here's a quick synopsis of each team's favourite and least favourite spots relative to league average: 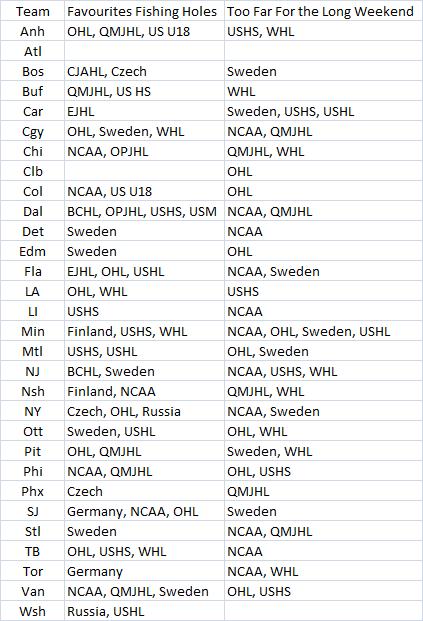 And now, just a few quick notes on some things I found interesting:

The next project will be to check the hot spots for these teams and see if they've had more success than usual finding good players in these areas, so look for that sometime before the draft.  Also, feel free to make notes and observations of your own in the comments!