Share All sharing options for: KalPa Eliminated, Hartikainen's Season Over

Teemu Hartikainen's second season has come to an end at the hands of HPK.  The second-seeded club from Kuopio could never find their game against the aggressive defense of HPK and lost the series in six games.

Hartikainen's regular season was a success, especially when viewed in light of his military service and his post-season showed that he has the ability to carry his team at times.  After the break, a closer look at Hartikainen's playoff results.

When we last checked in on Hartikainen, he was in the midst of an amazing start against Tappara.  After starting with five points in his first five games, Hartikainen slowed significantly, scoring on two points in the six games against HPK.  HPK was also able to limit Hartikainen's shots as they held him to only nineteen in six games.

I talked to Hartikainen about the series against HPK and asked if the series was as tough as it seemed from game reports and the stats.  "HPK plays such a different style compared to Tappara.  They're very physical, always trying to hit and they don't play the cleanest game," and he said that "We were just trying to play our own game and not think about how they were playing."  Hartikainen took a misconduct in the series while tangling with HPK agitators.  The cheap stuff obviously worked as HPK moved on to the SM-Liiga championship game and from the numbers and shot charts, it looks like part of their strategy was to frustrate Hartikainen.

We've heard the scouting reports on Hartikainen and we've heard from Teemu himself on how he likes to play the game:

I'm similar to a power forward. I try to get to the front of the net a lot and I like to hit often.  I use my body and strength in the corners and then I try to drive close to the goal and shoot. 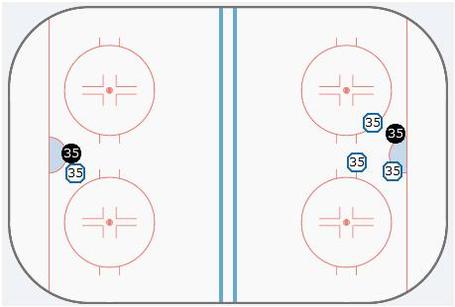 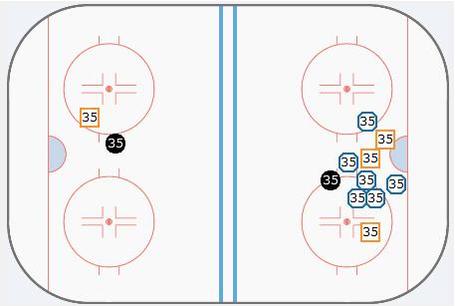 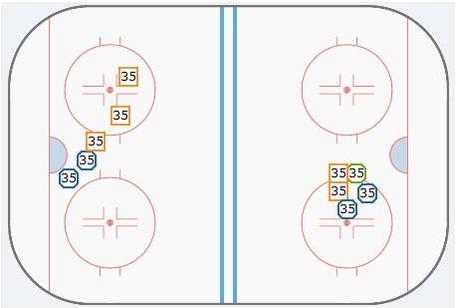 Hartikainen got off 28 shots on goal in the six games against Tappara from an average distance of 18.57 feet.  To show how remarkable that number is, the 18.57 feet would be the league leader in the NHL for closest average shot distance by a full 4 feet.  Copper & Blue commenter Waker reported that Hartikainen was dominant, and likely the best player in the playoffs for the first round.  Note game three, where Hartikainen took 10 shots on goal, and the furthest from the goal was about 25 feet.

Contrast that with the series against HPK. 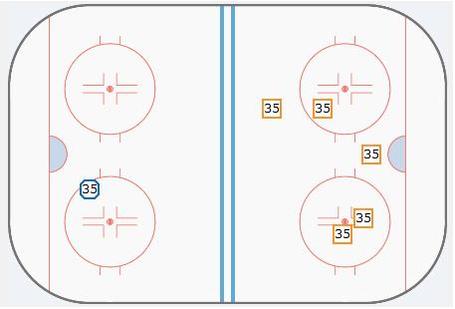 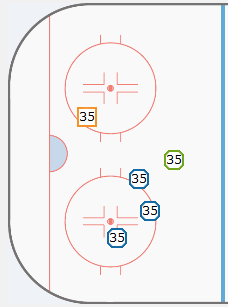 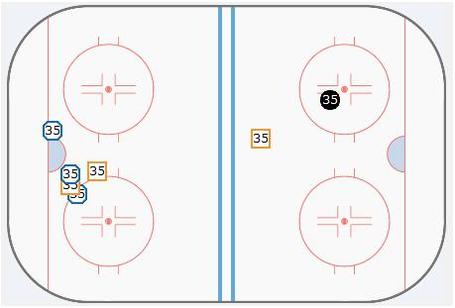 Game three's shot chart is missing, but in the other five games, Hartikainen's average shot distance was 27.29 feet, and except for game six, the charts look nothing like the first round.  Whatever not-so-clean tactics HPK employed against Hartikainen were extremely effective as they kept him away from the net for the most part.

The shot charts aren't conclusive evidence, but they do show what sort of game Hartikainen is playing when he's effective, and might give a hint as to the type of linemates that might mesh well with the young Finn.  Hartikainen will turn his focus to the off-season and the possibility of the World Championships.