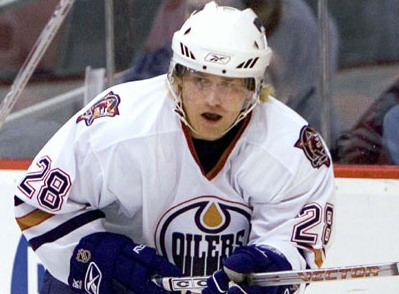 After a few days of preamble with minor details like the Opening Ceremonies and competition in fringe sports like the men's downhill, we finally arrive at the meat of the Winter Olympics today, with a long awaited showdown between Canada and Norway kicking off the highest profile team competition. Norway's Thomas Ulsrud will provide a stiff opening match for Kevin Martin and crew, though the front end of Ben Hebert and Marc Kennedy will likely prove difference-makers for Canada, as Martin attempts to avenge his loss to the Nordic country in the gold medal game in Salt Lake City.

I refer of course to the men's hockey tournament. As always, this one is almost certain to get off to an underwhelming start, as the format sees Whales v. Minnows in the early going. So it is today with Russia v. Latvia as well as host Canada v. Norway. Moreover, goal differential is significantly important for later seeding in the tournament, as the Einsteins who run hockey do their utmost to make the underdogs feel welcome. We've seen it in the World Juniors (Canada 16, Latvia 0, shots 66-10) and already in the Olympics women's tourney (Canada 18, Slovakia 0, shots 67-9). I truly hope that tonight's encounter is a little less one-sided than those mismatches which are not exactly a great advertisment for the game or for the home side's sportsmanship. (Yes, I understand play hard no matter who the opponent, but ...)

Recent history actually supports Norway putting up at least token resistance. Canada has faced the Norwegians in the last two World Championships, emerging the victor both times but by respectable scores of 2-1 and 5-1. In Quebec City in 2008 Canada outshot the Norwegians 53-16 but ran into a hot goalie named Pal Grotnes, who slammed the door until Rick Nash scored a powerplay goal on a great solo effort with four minutes left to decide things. Canada had survived three extended 3-on-5s earlier in the third period to keep the game under control at 1-1, but it was another object lesson in the vagaries of international rules and officiating. (Indeed, penalties ultimately killed host Canada in the gold medal game of that tourney.)

In 2009 for whatever reason the Norwegians left Grotnes on the bench and threw the 20-year-old Andrei Lysenstoen to the wolves. The gargantuan Lysenstoen was unable to fill the net despite his 6'4, 238 lb. frame, and was driven to the bench early in the second, trailing 4-1. In came Grotnes to lock the barn door, allowing just 1 goal on 27 shots, thus improving his lifetime Sv% against Canada to a remarkable .963.

Of course Grotnes has yet to face the full force of Canada #1. There were 6 members of the current Canadian team in Quebec City, just 3 in Zurich-Kloten. The team he faces tonight of 22 NHL stars has a total payroll of over $120 MM. The Norwegians include a bunch of guys who have day jobs, including Grotnes himself, who is a carpenter by trade. Not one of them is a current NHLer.

Skaters of interest for Norway include:

For more on the Norwegians, I recommend Scott's outstanding preview of Group A.

As for Canada, you likely are familiar with those guys already. Here are the line combinations from yesterday's lone pre-tournament practice:

Fortunately, the pressure on Canada to win it all has already been greatly alleviated due to the gold medal already banked by Alex "Good News" Bilodeau in the men's moguls. All gold medals are created equal, right?