"Eleven to nil for bloody Hartford"

Share All sharing options for: "Eleven to nil for bloody Hartford" 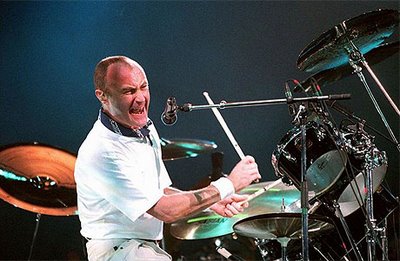 As we relive our lives in what we tell you

1983-84 must seem the ultimate dream season to Oiler fans who weren't there. Indeed it still feels that way to those of us who were. Setting NHL records for team offence that remain unchallenged to this day, the mighty Oilers finished first overall by 15 (!) points before racing through the playoffs to their first Stanley Cup. Almost lost in that wonderful dream but not quite forgotten by at least one of us who survived it, was a brief but frightening nightmare which ended just before it hit the pavement.

Wayne Gretzky scored 100 goals all by himself that year (including playoffs), an underappreciated feat which stands in my personal "Gretzky collection" as one of his greatest milestones. The Great One dominated in all situations, leading the league in even-strength goals (55), powerplay goals (20), and shorthanded goals (12). He led the league in shooting percentage (26.9%) while finishing all the way down in second for shots on goal and game-winning goals.  Oh yeah, he led the league in goals, assists, points, and plus-minus with 87-118-205, +76.

I feel '83-84 was Gretzky's greatest season: the year he was passed the torch as Oilers' new captain, the year of the 51-game scoring streak, the year he won his first Stanley Cup. Great as they are, his stats would have been even better if not for 6 games missed to injury, which left his raw numbers just short of his own accomplishments in other, complete seasons. As it was, Gretzky set a modern (post Joe Malone/Newsy Lalonde) record for goals-per-game (1.18) and the still-extant NHL record for points-per-game (an astounding 2.77). Indeed, he was producing an even 3.0 points per game through that season-opening 51 game point streak, and I was frankly expecting him to go the full 80 and hit the 240-point mark. Then the injury happened.

It was Game 49 actually, a non-televised affair from Los Angeles where Gretzky got drilled by future linemate Dave Taylor, by all accounts a solid, legal hit of the type for which the honest warrior Taylor was known and respected. What was unusual was for Wayne to be caught, though. (A frustrated opponent once described body contact with Gretzky "like hitting a rope".) Wayne had already scored earlier in that game, and then dragged himself into Vancouver for Game 50 where somehow he managed to put up 2-2-4 and all seemed right with the world. But it clearly was not; back home for Game 51 against the Devils he scored early in the first period but was clearly struggling badly, and it was sad but unsurprising when the streak was ended the very next night by who else but the L.A. Kings, backstopped by the immortal Markus Mattsson.

The streak now over, it was announced Gretzky would take a couple weeks off to rehab his aching shoulder, but first he would play in the All-Star Game! Think about that in light of modern practice, where any little ding will keep a lot of players out of the ASG even as they play league games immediately before and after. But Gretzky was bigger than the league at that point, and his presence in the Meadowlands was central to the showcase game's success. So he gutted it out, made the trans-continental flight, suited up for the Campbell Conference, and played (like shit, but he played). My heart was in my throat the whole time that anybody would even touch him, but this was after all the All-Star Game, and his opponents were on best behaviour.

For all of Gretzky's phenomenal accomplishments in 1983-84, perhaps the most astonishing was the effect his absence had on the team over those 6 games that immediately followed. At the time it seemed like we had leaped into an alternate, bizarro Universe where good turned to bad, hope into dread. Follow the story after the (quantum) jump...

With the Great One joining his faithful sidekick, the great Jari Kurri (injured a few games previously), on the sidelines, the Oilers suddenly appeared vulnerable.  Oilers had run up a few scores over those years and there were more than a few teams ready and willing if not able to return the favour. First up were the Calgary Flames, who rolled into Edmonton after the All-Star break on a 9-game undefeated streak and openly talked in that day’s papers how they were looking forward to taking it to the Oilers. Big mistake. There was still a lot of talent on that Oiler squad, and they came out loaded for bear, scoring on the first shift, running the lead to 5-0 by the first intermission and 8-0 early in the second before cruising to a very comfortable 10-5 victory. Punctuating the event with a big exclamation mark was Lee Fogolin, the slow-to-anger hard rock defenceman, blowing his top at Flames’ goofball Paul Baxter and totally cleaning his clock in one of the most one-sided fights I’ve ever seen. Oh yeah, and the scoring hero was third-liner Pat Hughes who had an out-of-body experience, scoring 5 goals to join Gretzky and Kurri in the team record book. That was quite a night; who needed Gretzky?

We did, that’s who. After that emotional highlight the Oilers headed out for a fast tour through the toughest cities in the Eastern Conference: Washington, Long Island, Philadelphia, Boston, with the only potential softie being Hartford at the tail end.  It was a brutal schedule: the home game on the Friday night, then Sunday afternoon, Tuesday night, Thursday night, Saturday and Sunday afternoon.

It was like a perfect storm. Adding to its potential were those three afternoon games, which for whatever reason were anathema to the Oilers in those days. Didn’t matter how good the team was, if it was a day game they would always suck and usually lose. The only saving grace was that none of those afternoon games was televised. I listened to the first one, and it was a massacre, a 9-2 Washington runaway. Oilers bounced back somewhat from this shellacking and played hard but lost close games in Nassau Coliseum and the Spectrum, 5-3 and 4-3.

By the weekend my personal life had intervened to the point I didn’t even care about the games, especially since the news was all bad anyway. My Dad suffered a severe stroke that week, one which nearly killed him and left him seriously disabled for the rest of his life. Hockey time became hospital time. I barely noticed that the Oilers lost 4-1 in Boston on Saturday. Come the Sunday and I didn’t even want to know what would happen in Hartford, but I was pretty sure it wouldn’t be good. That was a very bad week, full of images of sorrow and longer nights of gloom. Things that go to make up a life.

The one highlight was that I had concert tickets on that Sunday night to see the English prog rock group Genesis. Those tickets were bought and paid for, and there was no way I would – or should – miss it. My soul needs music always, but never more than during trying times. So I headed off to the familiar Coliseum, but without so much as a thought for hockey. It was February 12, 1984: 26 years ago today.

Genesis had been my favourite band in the 70s, and even in that post-Peter Gabriel stage they were a terrific group. With drummer Phil Collins (pictured up top) having become the new singer and front man, they were still putting out terrific tunes like "Home by the Sea" and had that great catalog of earlier material. I quickly became thoroughly immersed in the music, and in my thoughts which strayed far outside of the Coliseum. Hockey was the furthest thing from my mind.

Suddenly Phil Collins of all people jerked me back. During between-songs banter he talked about playing in this building, home of the world-famous Gretzky and the Oilers, soon to be home of the Stanley Cup (he hoped). Then he said something about how they seemed to have lost their way, and mentioned the score of that afternoon’s game, the one I had completely forgotten had already been played. "Eleven to nil for bloody Hartford!"

Well that was going to hit me hard no matter who told me, and to hear it directly from one of my heroes in a completely different avenue of my life was probably for the best. Hear it, accept it, and move on. I’m going to enjoy this concert, Oilers or no Oilers dammit. So I did.

Later accounts of the game filled in the details of the massacre. Whatever could go wrong, went wrong. Oilers took two (2) penalties in the second period and Hartford scored five (5) powerplay goals, I kid you not. 20-year-old Ron Francis scored four all on his own. And every time the Whalers scored, their silly celebration song "The Brass Bonanza" would play. Again and again and again.

I’m glad I missed it. Fortunately, this embarrassing blowout was not just the nadir of the crash but it signalled the end of it. The Oilers had left town flying high with a 39-9-5 record, limped home barely a week later with a road trip of 0-5-0. A measly 9 goals scored, 33 allowed! These results were far worse than any road trip any of the terrible Oilers teams of 2007 or 2010 have undergone.

The last, most humiliating blow had been struck by one of the league’s worst teams. "Bloody Hartford" had an awful season in 1983-84, posting a 28-42-10 record and finishing a distant last place in the Adams Division, missing the playoffs that hardly anybody missed in the 21-team NHL. Even with the 11-0 triumph over the league’s best team on the books, the team finished with a goal differential of -32; their top 15 scorers were all minus players. Their season highlights consisted of one shining moment ... but what a moment.

As for the Oilers, in the first home game back both Gretzky and Kurri returned to the line-up, Edmonton stomped the Winnipeg Jets by a very typical 7-4 score, and those of us who lived and died with the team’s fortunes were magically transported back through the portal to that world where the Oilers kicked butt. They would tear off 7 wins in a row, scoring 53 goals as if to make amends for the fiasco.

Gretzky’s scoring rates dropped from 3 points a game during The Streak to a mere 2.4 or so down the stretch, but he and Jari were healthy enough to play and all was well in Oilerland. Better still, my Dad was slowly but surely on the road to his own (remarkable!) recovery, and I was able to enjoy the games again.

By season’s end Gretzky had posted "WOWY" (With Or Without You) stats that were just mind-boggling. Check this out:

Historical footnote: Believe it or not there was precedent for such a stomping to occur, so totally against the form charts. 20 years earlier, on January 18 1964, the last-place Boston Bruins went into Maple Leaf Gardens on a Saturday night and laid a whuppin’ on Toronto ("my" Leafs in those days) by that exact same 11-0 score. Thankfully, that wasn't on TV either, but it was the talk of the league for a couple weeks that time too. The Bruins would go on to finish dead last in the league, while the Leafs went on to win the Stanley Cup. As would the Oilers later that dream season of 1983-84, the nightmare in Hartford barely remembered as a trivial detail along the way. A scene of unimportance like a photo in a frame.