Share All sharing options for: Sean Avery's Cheap Shot On Smid Video Review - Smid's Gloves Were Not Off

I knew it was going to happen and even said so in the post game -- Sean Avery's sucker punch on Ladislav Smid has become the story, not the terrible play of the Edmonton Oilers.  As long as it's the big story, we might as well get some facts straight: the punch was a sucker punch.  Period.  End of Story.  I'm seeing Ranger blogs, twitter feeds, and message boards defending the punch because Smid should have been ready and even worse "both guys had their gloves off."  Why someone would lie about something that is so easily verifiable is beyond me, but after the jump we'll check out the "both guys had their gloves off" ridiculousness.

After Smid challenged Avery and Avery backed down, Smid began backing off.  Avery made sure that Smid wasn't going to drop them and then dropped the gloves himself.  To check the video, go here and start the video at 1:21. 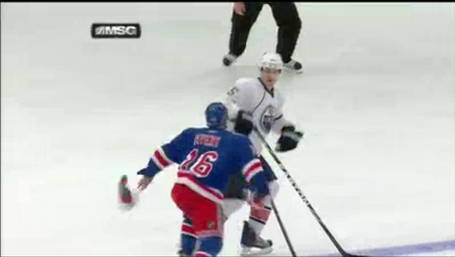 Avery's gloves are clearly already off as Smid is taking a step backwards.  Smid's gloves?  Still on. 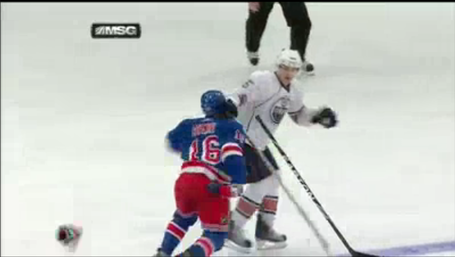 Now we see Smid realizes what is about to happen. 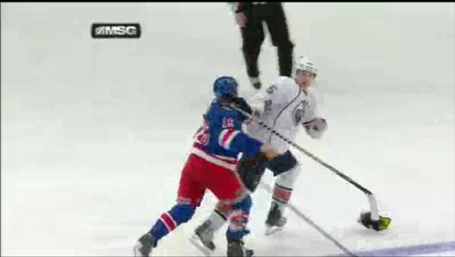 Smid gets his left hand out of the glove, but his right hand is still in the glove on the stick.  Avery is throwing the punch. 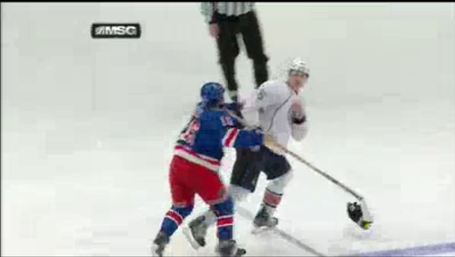 The punch is coming forward and Smid's right glove is still on.  He's just dropped the stick.

It's blatantly obvious that there is no way "both guys had their gloves off".  Anyone attempting to use this to excuse what Avery did is either visually impaired or flat-out lying in a futile attempt to bolster their argument.  This is a sucker punch and Avery deserves a significant suspension, especially considering he's a repeat offender.