Beer: Your Solution to Getting Through This Season

Share All sharing options for: Beer: Your Solution to Getting Through This Season

What adds to your enjoyment of the game of hockey? There have been many technological advances; for example I will never go back to standard definition television if I can avoid it. Not for any money you might offer. Then there has been the instant replay and going to the war room for tough calls that couldn't be made on the ice. The officials should start seeing some more high tech telephones anytime now. Really, there's no reason to keep using clunky old things. I believe though, that it is in fact the concessions at a game, or in your home that add the most enjoyment to your game viewing experience. It's hard work watching those players sweat and earn their pay on the ice while you sit on the couch. You need nourishment! Nachos, popcorn, wings, celery whatever floats your boat and fills your rumbling stomach. It's also dehydrating to yell at those refs for blowing that call. Or even yelling at your own team if you are an Oilers fan right? We all love Ales Hemsky, but you can't tell me you don't yell "come on!!" even once in a while during a game when he skates around in his little dipsy-doodle circles and all you want him to do is shoot or pass... Ahhh, exhale, and relax. See, I bet you tensed up just reading that. You dehydrate during games too, you need a beverage, something cool calming and refreshing would hit the spot right?

I tell you the genius who thought to start selling beer at hockey games did so for the betterment of mankind. True, there are those fans that can't handle their alcohol and end up embarrassing themselves and maybe their girlfriends at games. Overall don't they also add to your enjoyment of the game? I love listening to the drunk Einstein in my section who feels he would be the best coach the team ever had. He wouldn't have that line out there now, and he certainly would have prevented that last goal. Ah, drunk plump guy. He's another gem that adds to your viewing enjoyment, even if that includes his jeans that are always falling down right? Don't you love it when he gets up to dance to the Cotton Eyed Joe, takes his shirt off and whips it around? I bet you feel slightly better about yourself too, don't you? Who doesn't want an ego boost?! 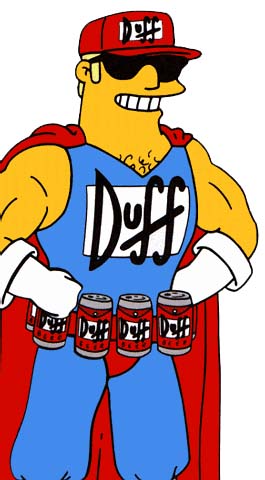 Another reason beer adds to your enjoyment of the game of hockey, look at the fun hockey stuff they are giving away in cases of beer. A t-shirt?! Hats?! Heck ya, totally worth buying that beer that you would want anyways right? Plus, alcohol companies are likely to sponsor your favourite team making it more sustainable.

I have another reason many Oilers fan may appreciate beer even more this season... I alluded to it already when I suggested that you dehydrate when you watch games... Yes, yes my friends, I mean the rebuild. It hasn't been easy, it is getting easier, but it will continue to be painful. I think that to help us get through the painful lulls and losing streaks the best thing you can do for yourself is numb yourself to the pain. There is no shame in crying, but it also doesn't make anything better. So maybe an extra beer or two while watching the games will help to keep you less upset. If you get less upset, you'll be easier to get along with. If you're easier to get along with, your wife/girlfriend/husband/boyfriend/kids/friends will be happier. If the important people in your life are happier, you'll be happier. If you're happier, you'll do a better job at your work. You do better at work, boom! You got the promotion and raise. See, doesn't the future look a little brighter already? 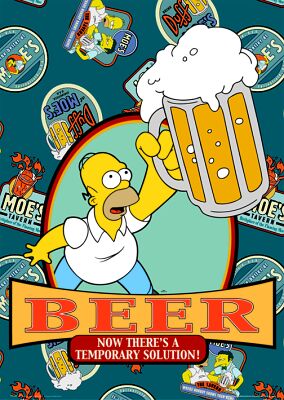 You see, beer and hockey are so much more than just an opportunity to wet your whistle. You can enjoy the antics of your fellow fans, get free stuff and benefit from the sponsorship money that beer company gives to your favourite hockey time. Let the good times and the suds flow, its hockey season.