Yesterday, I looked at the Barons' payroll, and noted that the players in the lineup on opening night in 2010 were slated to make much more than the players who were out there for the Springfield Falcons in 2009.  I also speculated that the Barons were probably spending more than most of the other teams that they'll be competing with this season, which if you recall, isn't actually the entire AHL.  (Thanks to the "balanced schedule" provided by the league, the Barons will only play against thirteen other teams in the thirty-team league, and none of those are from the Eastern Conference; the only way the Barons will meet a team from the East is if they meet in the Calder Cup Finals, so you'll have to excuse me for ignoring half the league in the analysis that follows.)  After the jump, I'll compare the Barons' payroll to the other teams in the Western Conference.

First up, a huge thanks to Capgeek for all of the non-speculative salary numbers in this post.  Without that fine resource, this analysis just wouldn't have been possible.  The first chart we'll be looking at is the payroll for each team's opening night lineup (with the exception of Hamilton who hasn't yet had a game and has been given a projected opening night lineup that I'll adjust, if necessary, on Friday).  I've also included the payroll for each team excluding the top two salaries since a couple of teams have one player who earns $1,000,000 or more: 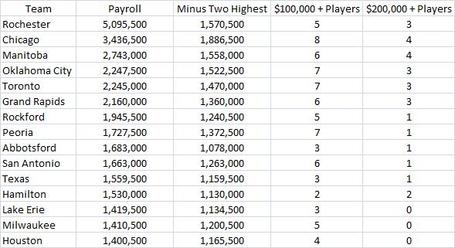 Salary isn't the best way to measure the strength of a team in any league, and that's particularly true of the AHL where many of the best players are on entry level contracts that are capped at under $70,000 per season (the maximum is $62,500, $65,000, or 67,500 depending on when the player was drafted).  Nevertheless, all of these teams are adding veteran AHLers to the mix, and just like most things in a free market, you're going to get what you pay for.  The Barons are one of six teams doling out big money for the best veterans in the league (players earning over $200,000), stand fourth in the AHL in overall payroll, and fourth once the two top earners on each team are excluded.  With eight playoff spots available, anything less than a post-season appearanace should definitely be considered a major disappointment.

For those of you who are curious, I've also broken down the payroll for each team's opening night roster so that you can see where each team is spending most of its money.  Unfortunately, I don't have access to the salaries on contracts that don't have an NHL component, so those needed to be estimated, and those estimates have been highlighted in yellow: 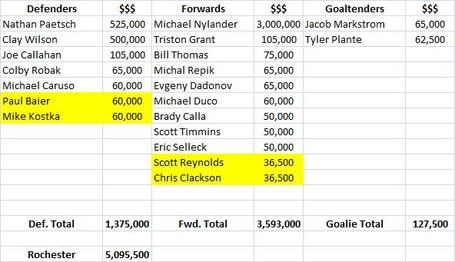 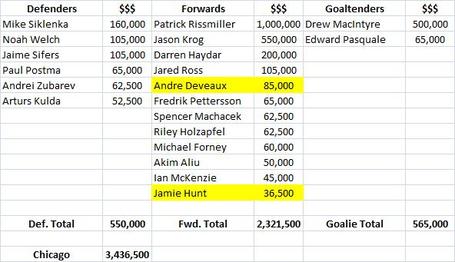 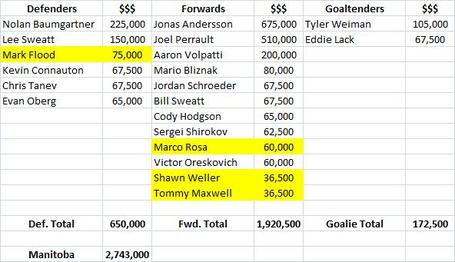 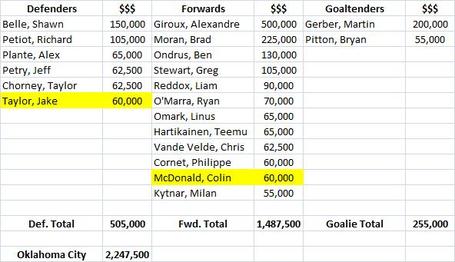 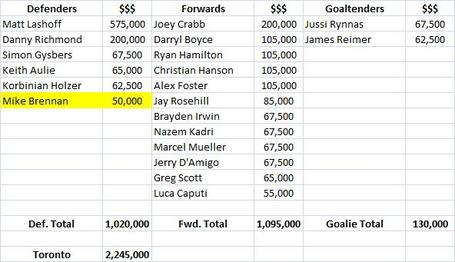 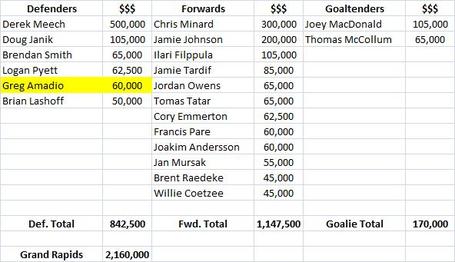 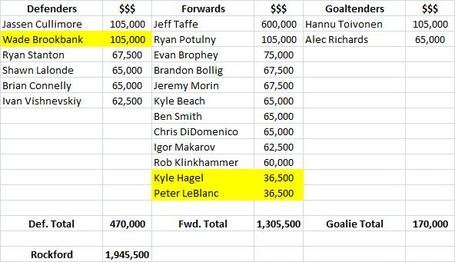 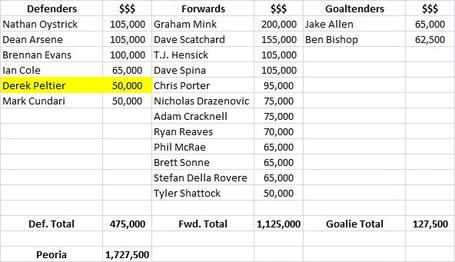 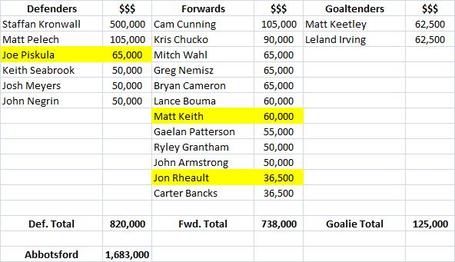 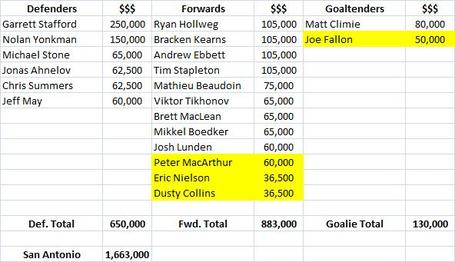 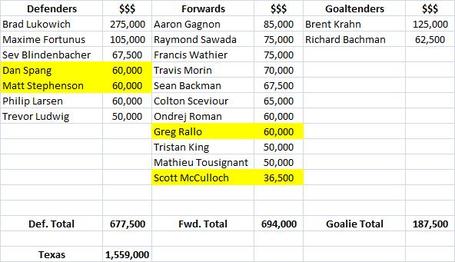 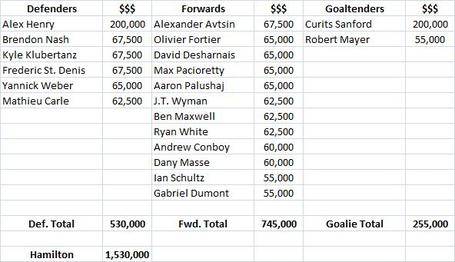 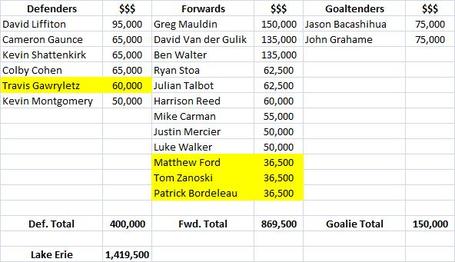 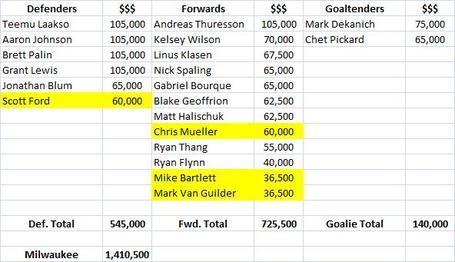 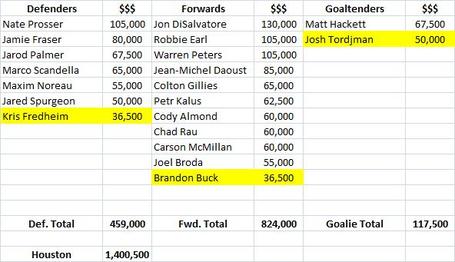