Share All sharing options for: Shawn Horcoff as Agent 86

"With ten games to go we were four points up on 9th spot and that is by far the best spot we've been in in all of the years that I've been here.  It's not like we were that far away, we just finished crappy.  We didn't finish the way we needed to and we didn't play the way we needed to play in order to make the playoffs.  Had we finished seven and three like we did the previous three, four, five seasons or three or four of the last six seasons, we would have been in easily, and maybe sixth.  Who knows, we know it best, once you get in, who knows?  The fact that we didn't make that many changes, you know, I think that is a good thing because I think we can really make things happen here and everybody, there's a lot of individuals that want to come back and get better so, if that's the case, we should be able to."

There is a strange collective compartmentalism that has overcome the Oilers.  Once again, yet another Oiler is hanging his helmet on some small slice of the previous season and playing a "what if" game.

Two years ago, everyone on the team, in management and in the media was talking about the improbable finish to the 07-08 season, where every bounce and shootout went the Oilers way, even when all of the underliers were heavily slanted against them.  Individual player expectations and team expectations alike were based off of them -- MacTavish and Lowe were both talking playoffs and pointing to the end of 07-08 as their primary reason.  Gagner and Cogliano both talked about using that run to set the stage for the season.

Now, Horcoff is asking the media and fans to believe that only a finish of 7-3 prevented the team from making the playoffs.  Never mind that the Oilers only won 7 of 10 once last year, from January 3rd - January 20th, meaning that only 1 of the 73 possible 10 game segments resulted in seven wins. 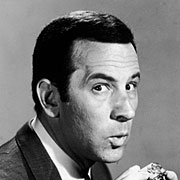 Never mind that heading into the last 10 games, the Oilers had only won 11 of their previous 25 games, a .440 winning percentage.  Using the inability to win 7 of 10 as the excuse for not going to the playoffs is outright silly.

The 08-09 Edmonton Oilers were a flawed team.  Excluding the defense, there were serious and systemic problems throughout, including strategy, tactics, personnel, coaching and management.  To believe that they were a whisker away from a post-season appearance is pollyanna brought to life.

Why not just admit the shortcoming and the faults and acknowledge that there is a need to be better?  It wasn't a bad bounce, or a statistical anomaly that befell the Oilers.  Admit it.  Come to grips with it.  Embrace it.  And improve.

Instead, these guys reminds me of Maxwell Smart.  "Missed it by THAT much."