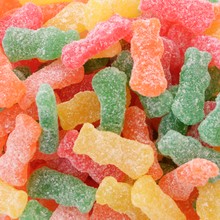 Dustin Penner had his media scrum to start training camp, and you can watch it here.  It's worth a look just to see Penner interacting with the media and the pause as the media members get the jokes at times.  The big man is obviously at ease to start camp and he really does look to be much leaner.  Let's hope that it helps on the ice early and often.  Penner may end up with a new nickname out of this interview.  There are some interesting tidbits in here:

"We had our differences.  Um, you know, it's tough to say.  I don't want to say my play is based soled on one person's ability to curtail it.  You know, for me, it's got to come from within, and you know, it's a fresh start for me."

--On his relationship with Craig MacTavish

"Maybe I'm not the best guy to play with Hemmer and Horc, you know, maybe I'm better suited for different guys and then we turn into a second line just by virtue of not playing with those two.  So it's whatever is best for the team and whatever translates to wins."

--Oh who he'll be playing with this year.

--On changing his habits in the offseason.

"It's definitely better than last year."

--On his fitness level to start the season.

Penner should be the team's spokesperson.  He has real answers to questions asked of him rather than spouting cliches, and frankly, the answers are fantastic.

I can't wait until his intermission interviews with Gene Principe.