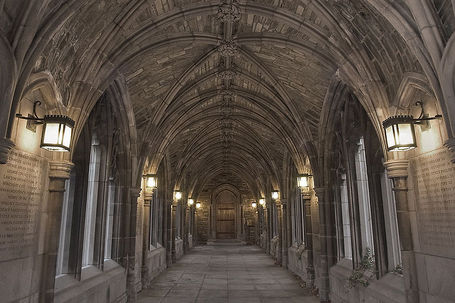 Oilers prospect Riley Nash (ranked #3 by Copper & Blue) has confirmed that he'll be attending Cornell for another season.  He said this in an interview with Dan Sweeney of the Ithaca Journal, and explained some of his reasoning.  Highlights after the jump.

Nash told Sweeney that he'd added ten pounds over the summer, which is welcome news for the Oilers.  Kevin Prendergast has commented previously that Nash simply wasn't ready for the physicality of the professional game because of his lanky frame, and it's something he seems to have taken to heart.  So much so in fact that we hear the first positive words about Cornell's schedule from him:

"I think the big part was the time I could spend in the weight room putting on weight and not having to play 80 games and losing my 10 pounds over the course of the year.  I think coming back here and being able to do that and having all the facilities and skating on the ice every day and working on different aspects of the game, I thought that was bigger in my development than playing that many games at the pro level."

It's an interesting take and one that is rare from a hockey player, but then everything we know about Nash suggests that he's not a typical hockey player.  The choice of Cornell was suggestive, and the quotes we've heard, both from Nash himself and from scouts following him suggest both intelligence and an unusual level of independent thought.

More on this from Lowetide.