Share All sharing options for: The Hockey News: Adam Proteau on Dany Heatley 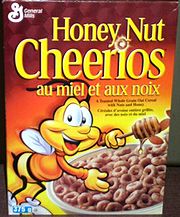 Every so often, I eat Honey Nut Cheerios.  Recently, they had an offer for a free magazine subscription; being who I am I naturally subscribed to The Hockey News, a magazine that I'd written off some time ago because it's dated well before I get it and frankly the analysis isn't that great.

Case in point - this interchange between columnist Adam Proteau and Edmontonian Dylan Kelly, from the July 6th issue, which I received today:

DK: Hey Adam, just curious to hear your thoughts on the Dany Heatley speculation.  Do you think Edmonton could pull off a trade with the Senators?  If so, do you think he would fit in with the Oilers?

AP: Hey Dylan.  The Oilers have cap-friendly prospects and young players which might interest Ottawa.  But like a lot of GMs, Oilers boss Steve Tambellini understands the danger of bringing in a guy with a salary cap hit of $7.5 million a year until 2014 and who as earned the label of a multi-time, multi-team malcontent.  Regardless of where he lands, Heatley will have almost as much to prove as former teammate Ray Emery.  But it almost assuredly won't be in Edmonton.

Not to pick on Proteau too much (I'm sure things looked very different a week or two ago) but this is precisely the sort of problem THN faces.  To overcome it, they need to offer fresh, cutting-edge content and analysis that other sources don't provide - and they simply don't do it enough.  I buy their Future Watch and Draft Preview issues every year, but outside of that I have almost no use for the magazine - and even those issues aren't particularly good, they're just relatively unique.