Take It Easy - Who Benefits From The Easiest Starts in the NHL?

Share All sharing options for: Take It Easy - Who Benefits From The Easiest Starts in the NHL?

In  my entry on the short-sightedness of using CORSI as a standalone stat, I asked the question:

without looking, can anyone guess which NHL player had the easiest time of it in 2008-2009 with a Zonestart value of -210? What about the qualifying player with the lowest percentage of defensive zone faceoffs, 18%, in 2008-2009?

So who, like The Eagles, is running down the road tryin' to loosen their load?  The answer to both was a bit shocking as they were both defensemen.

The first list is the 20 easiest zonestart values in the league in 08-09. 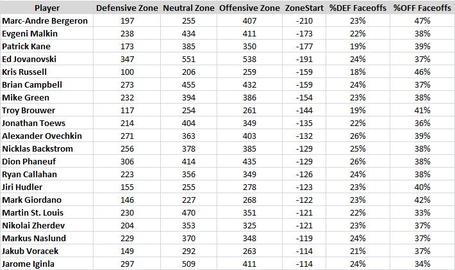 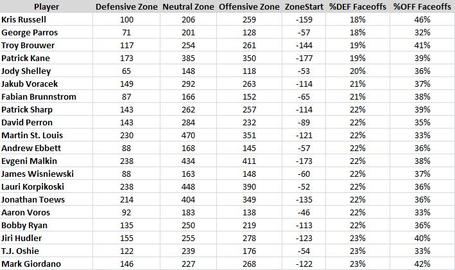 There are a number of interesting things on this list, and a couple of players on this list just blew me away.

I'll be diving into these numbers a bit more in the coming weeks.