The Depth Chart at Forward

Share All sharing options for: The Depth Chart at Forward 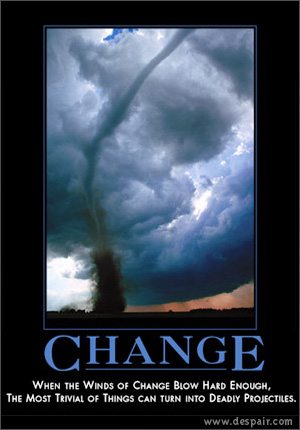 Lowetide's been saying variants of this for (literally) years now, and I agree whole-heartedly: NHL teams only experience success when they have NHL players.  Since it seems that we're likely to enter another summer of change, I thought it might be nice to review the depth chart.

Now of course Lowetide just finished up his excellent series doing the same thing, but what I have in mind is something a little bit different.  I'd like to take a look at where the current roster players would slot in on a contending team.  Here are my definitions:

First Line: Players capable of going power vs. power with the best in the league and coming out ahead; players should also be capable of legitimate offensive production.

Second Line: Offensive specialists.  These players might not match up against the best players in the league, but they ought to be able to take advantage of their lesser workload.

Third Line: Defensive specialists.  These players should be able to be sent on the ice against anyone in the league without bleeding goals against; physical play is preferred but not required, and offense is optional.

Fourth Line: Everyone else.  These are players without a complete game who contribute in some way (special teams, enforcers, etc.) and might slide up the depth chart if the opportunity arises.  These are checkers who may not be ready for third-line duty, or scorers not ready for second line duty.  A mixed bag.

Here's how I see the Oilers:

Keep in mind, I only list players in places they've had success before; in other words, while guys like Brodziak and Pouliot may actually be third liners, they've never showed an ability to hang on to that role.

* denotes players who may be slotted too highly, although I feel this is where they really belong on the depth chart right now.

The Oilers do have a log-jam of forwards, but they're concentrated in specific areas - generally softer matchup areas, and that isn't a recipe for success.  Granted, a player like Patrick O'Sullivan might slide up next season, but the greatest weakness of many a G.M. is betting on maybes (as Kevin Prendergast illustrated this past season in Springfield).  Players should be slotted in a role where they are all but certain to have success; if they show an ability to slide up the depth chart the team than has an embarrassment of riches that can either be dealt for help elsewhere or used as insurance against injury.

The most blatant problem is the lack of a third-line centre.  While first-line forward might appear more blatant, I understand that players with that skillset don't grow on trees (as the Oilers have illustrated since the Ryan Smyth trade) but there's absolutely no excuse not to have a reliable centre between Moreau and Pisani when there is no shortage of available candidates.

The log-jam is for second-line positions.  Gagner/Cogliano both want the centre role, while no fewer than four players could line up on the wings.  At a guess, Kotalik will be let go (which may actually be a mistake, given his specialties) and Nilsson seems all but certain to be sent out following a disastrous season.  Gagner's potential means that he's going nowhere, and trading Penner now would be both difficult and likely bring an overly-low return to boot.  Assuming the Oilers add another LW to play with Horcoff and Hemsky, that leaves a battle for the final spot between Cogliano and O'Sullivan, both fine young players.  I wonder if one of them might be used as bait at the draft; while I'd like to keep both it might make sense to do it given the current roster makeup.  Worst case scenario, Penner and O'Sullivan take the top two LW roles, and while not ideal I could handle that.

Adding a Malhotra or Pahlsson would make a world of difference for this team; even bringing in someone like Chris Gratton would help.  There's a lot of talent on this team; the roster needs some careful scalpel work, not a blood-letting.