Share All sharing options for: The Sherman Experiment (With Shiny New Link!) 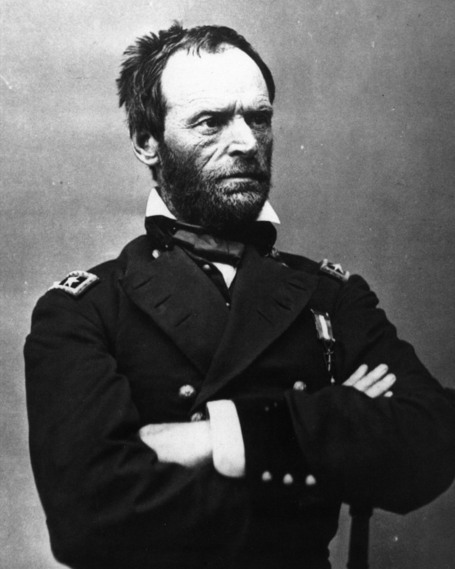 The Colorado Avalanche have found their new general manager and axed a half-dozen members of the team's senior staff. The new G.M. is not Patrick Roy, who reportedly declined an offer to take on the dual roles of G.M. and head coach. More surprisingly, the new G.M. isn't Craig Billington either - the current assistant general manager who was widely regarded as the leading internal candidate.

The new general manager is Greg Sherman, the former assistant G.M. who comes from a rather different background to be running a hockey team. From the Avalanche's official site:

In his previous role, Sherman worked on contract negotiations, arbitration cases, salary cap management and matters concerning personnel at all levels of the organization. In addition, Sherman also served as a liaison between the Avalanche and its American Hockey League affiliate, the Lake Erie Monsters. He oversaw and coordinated all financial obligations of both clubs. Born in Scranton, Pa., Sherman was raised in Denver and has spent most of his life in Colorado.

Born in Scranton, Pennsylvania and raised in Denver, Sherman attended the University of San Diego, receiving his Bachelor in Accountancy in May 1992.

It's a salary cap world, so perhaps it isn't surprising to see an accountant at the helm of an NHL team; although I'd bet there are more than a few veteran hockey people looking askance at the new G.M., and I'd be very curious to know exactly how the duties are going to be divided between Sherman, Billington and club president Pierre Lacroix; I'd be willing to bet that Lacroix still wields most of the real power.

The rest of the news after the jump.

As for the causalties of the shift, the first name that jumps out is Tony Granato's, mercifully terminated after being left to twist in the wind. Here's the complete list:

Granato was already doomed, and perhaps rightly after a subpar season, and it isn't surprising to see his assistants swept away along with him. Jeff Hackett's termination is puzzling (to Avalanche fans as well as me); he hasn't exactly been given a ton of talent to work with in Colorado. Was he really expected to craft a tandem of Peter Budaj and Andrew Raycroft into a legitimate NHL goaltending duo? It is of course difficult to make final judgements; any number of things could have happened behind the scenes - as one example, it's possible that Hackett pushed for Budaj to be given the starter's job last summer.

The Avalanche also added one new person to their hockey hierarchy, Eric Lacroix. Lacroix played hockey for the Avalanche and spent four seasons in the Avalanche's front office before moving elsewhere (he owned a Central Hockey League team and was employed as a scout for Phoenix). He's also the son of team president Pierre Lacroix, and is expected to eventually rise to his father's old job: general manager.

This has been a fairly big organizational blood-letting after a disastrous season and the Avalanche will be an interesting team to watch going forward because they may have just taken the first step in any number of directions. The club has fallen along way since its Sakic/Forsberg heyday and the decisions made today may help arrest the slide or simply hasten it along.

SHINY NEW LINK: For every Oilers' fan who was angered at the Oilers' old boys' club, the reaction over at Mile High Hockey is, if not tonic, at least an example of how misery should love company. Upset that Rob Daum was unceremoniously dumped as an assistant coach to make room for Kelly Buchberger (who may have been a better AHL coach than we gave him credit for)? Colorado can top you - Joe Sacco will likely replace Tony Granato, despite the fact that his AHL team has been miserable for two years running. Upset that Kevin Lowe gave plum positions to his old teammates? Don't be; he never found room in upper management for his son. It may not be consolation, but when we as fans agonize over the nepotism and internal problems on our team, it's good to get some perspective and realize that virtually every team has its own issues.