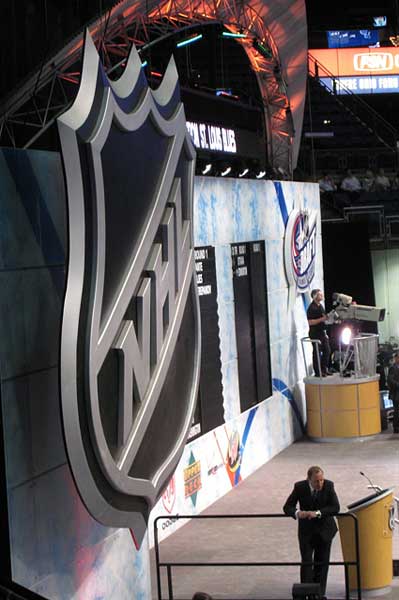 A few weeks ago, Lowetide commented on how Robin Brownlee's draft preview article is one of the most important items to read in the days leading up to the draft. He's right in that opinion, at least as far as I'm concerned, and yesterday Robin posted his insights into the Oilers' draft strategy over at OilersNation, and expanded on what he said in the comments section there (side point: this sort of thing is exactly why I've been so supportive of ON from early on).

There's some fun news there. First, the top-tier guys who the Oilers would be interested in could include Evander Kane, Jared Cowen, and Magnus Paajarvi-Svensson. Paajarvi-Svensson was ranked #10 in Bob McKenzie's item the other day; I can't picture him falling that far, but he would be an incredible pick. Brownlee also said that the Oilers were trying to move up to grab Evander Kane, and I can't argue with their target; Kane is easily the most dynamic draft-eligible scorer out of the WHL, and probably second only to Tavares in terms of offensive upside.

Let's assume, though, that those three guys are gone. Brownlee gave a list of three guys who are more likely to be available in the #10 slot: Nazem Kadri, Dmitry Kulikov, and Scott Glennie. Other players of interest (Jordan Schroeder, Ryan Ellis, Zack Kassian) are ranked lower on the Oilers' list, and thus simply aren't in the cards as possible selections.

So, of those three, who do you like? The highly-touted Kadri, who played with John Tavares and company in London? Dmitry Kulikov, a well-rounded defenseman who played for a very strong team in Drummondville? Or perhaps Scott Glennie, a guy Lowetide has been touting for months and who is occasionally knocked as being Brayden Schenn's sidekick?