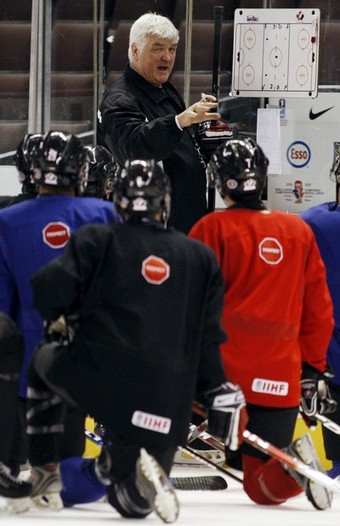 The Edmonton Oilers have named their new head coach, and it will be Pat Quinn.  They've also picked a new associate, Tom Renney, and of the three assistant coaches, it now appears that only Kelly Buchberger will remain behind the bench, while Charlie Huddy and Bill Moores may find employment elsewhere in the organization.

On the whole, this probably wasn't the best available candidate, although I really like the hire of Renney as an associate.  Steve MacIntyre should be happy today, and I suspect we're about to see a team that looks very similar to Quinn's Maple Leafs, except without a Curtis Joseph.