Share All sharing options for: News That Only Gets Released When There Are Two Series-Deciding Games On 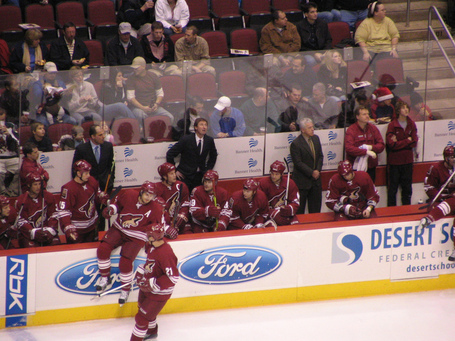 The New York Rangers and Alexander Ovechkin are two of the NHL's biggest media draws.  Tonight, Ovechkin's Washington Capitals played the seventh game of their series against the Rangers, with Sergei Fedorov scoring the winner with only five minutes left to go in the third period of the contest.  On the same night, New Jersey and Carolina also competed in a seventh game, with the Hurricanes emerging victorious.

In politics, the Friday night press release is where political parties hide things they don't want to become major news; it's the end of the week, and that reduces press coverage.  They don't have things like series-deciding games to cover up the news for them, but the NHL does, and there's no reason not to take advantage of that.

Perhaps the timing of this story being released is completely coincidental, but I know that if I worked in the NHL's PR department, I'd try to camouflage the fact that the league is financially propping up a troubled franchise underneath a pair of games that should draw the attention of the hockey world.  It only makes sense to do so.