The Art Of The Deal, Lessons for Steve Tambellini

Share All sharing options for: The Art Of The Deal, Lessons for Steve Tambellini

I took a look at Kevin Lowe's last few years and came to the conclusion that his desperation to land players often left him exposed at the bargaining table.  Perhaps it was that desperation that led to Lowe being asked to move upstairs to the executive offices so that Steve Tambellini could take his place.  Tambellini has been General Manager of the Edmonton Oilers for sixteen months now, but has his record been any better? 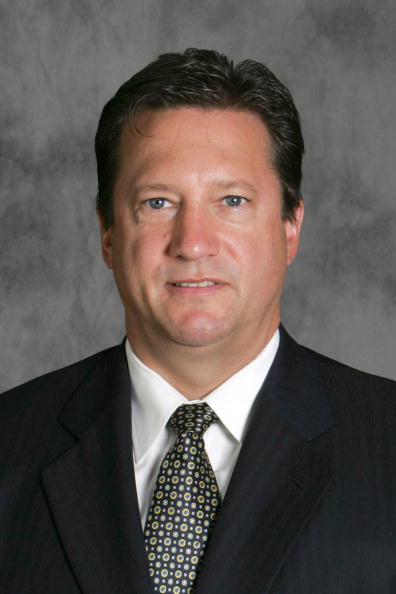 Compare Lowe's desperate record to that of Steve Tambellini's since taking over as general manager on July 31, 2008:

I'll not rehash the extremely poor Khabibulin signing, as I said my piece before free agency even started.  The Cole trade was very good, but wasting a 2nd round pick on a power play point specialist was very bad.  The key to analyzing Steve Tambellini is looking at what he's yet to do.

One of the illusions of life is that the present hour is not the critical, decisive hour.

One of the illusions that the Oilers as an organization operate under is that early season games are meant to be used as a testing ground.  The early season is a time to watch an unbalanced roster perform as an unbalanced team.  It's a time to experiment with people out of position and outside of their abilities.  Presumably, the team believes that early season points don't matter as much as late-season points and that points can always be made up later.  This sentiment filtered throughout the organization as evidenced by soundbites and quotes in the media.  That it was the overriding philosophy is not a surprise - the Oilers are an organization filled with remnants of dynastic nepotism and old-boy hiring - their philosophies will fall into lockstep as they all owe their jobs to each other.

That's why it comes as somewhat of a surprise that Steve Tambellini shares this same approach.  Tambellini has insisted that he needs to see the Oilers completely healthy before evaluating them and that health is the primary reason the team is not winning.  This is the same G.M. that has known that the Oilers desperately need a center and a tough-minutes winger since taking the job, yet he has done nothing to fill those holes in the roster.  Healthy or not, the team still needs a center and a winger, and he must realize that. It was a mistake that Kevin Lowe left him needing to fill these holes, but it was a mistake that needed to be corrected immediately.

Tambellini has had two offseasons and 109 games to correct the mistake, but instead he continues to wait.  He waits for health, he waits for development time, he waits for his powers of observation to kick in.  However, yesterday, he offered a statement that makes this waiting even harder to understand.  During a press conference, Tambellini said the following words "Yeah, I’m not concerned about next season at this point."  If he's not concerned about next season, which I would assume means he's trying to field the best team possible right now, why has he avoided filling these two obvious roster holes for sixteen months?

Why does he continue to dither about?

If the Oilers are going to try some level of a rebuild, get to it.  Clear out some contracts, move some of the middling players and commit to a rebuild, even if it's only a one-year job.  Forget about the other center and winger.  Make a decision and stick with it.  If the Oilers are going to try to win this year, they need to clear out some of the replacement-level players on the roster and add in an NHL center and a winger.  Edmonton can't do both, and they can't continue to do neither.  It's been the critical, decisive hour for sixteen months and the Oilers have nothing to show for it, thanks to Steve Tambellini.