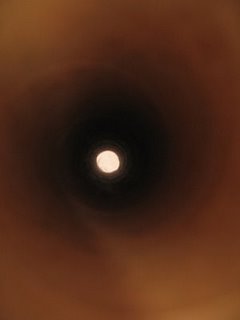 Consider the following: two hockey franchises enter an off-season with an open checkbook and a need for a scoring winger. Both with owners willing to go above and beyond to win, if in separate ways. Both teams target Marian Hossa. The first owner gives his general manager permission to make an extremely generous offer. The general manager does so and expects Hossa to accept. The second owner gives his general manager the green light on an exorbitant offer. The general manager does so and the second owner expects Hossa to accept. When Hossa doesn't immediately accept, the second owner becomes personally involved in the negotiations, chasing Hossa's agent like a wanton teenager. He, like an average fan, wants a superstar offensive player and is willing to do anything to get one.

The second owner then focuses on a second offensive superstar, and makes him an offer so generous, that they are $3,000,000 higher than the next NHL offer. The owner chases the player's agent once again, expecting the player to sign.

The second owner was left holding the bag for an extremely young team. By the time the second owner had failed twice in his courtship, there was little left to sign, even in the form of grout for the young pieces on the roster.

Tuesday, September 30 11:13 AM The Edmonton Oilers claim defenceman Steve MacIntyre off of waivers from the Florida Panthers.

It may be that the gulf between veteran owner and rookie owner is as vast as the gulf between a playoff veteran player and a rookie in the NHL. It should be a lesson to the second owner to have field of vision in his dealings, rather than an obsessive tunnel vision for the bright and shiny things.