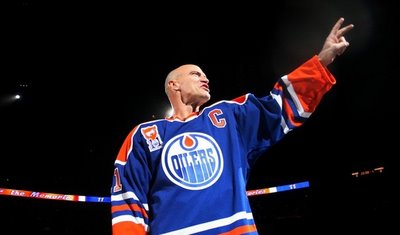 I promised myself I'd give this one full season and see where it went. From the Oilers Wannabes at Golden Bears game on September 17 to Game 7 of the Stanley Cup Finals on June 12, Oil Droppings was a going concern. Now it's going, going, gone.

Should be interesting, and fun. We three bring different, complementary strengths which should keep C & B both busy and varied. Jon's done a great job all on his own there, but we're confident the addition of a couple UFAs will strengthen the team's performance.

Oil Droppings will remain "up" but inactive for the foreseeable future. The archives will eventually be folded in with Jonathan's and Derek's over at C&B while the blogroll will remain intact for now. That blogroll has continued to swell throughout the season as more worthy sites have come on-line, so this is a small step to consolidate three of them into one site which we hope will (continue to) be a regular visit for many of you.

My thanks to all the readers and especially commenters who have added content and context to Oil Droppings over the past 9 months. I look forward to continued interaction with you at Copper & Blue, not to mention in the comments sections of your own and other blogs. 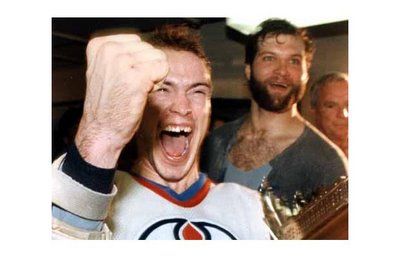