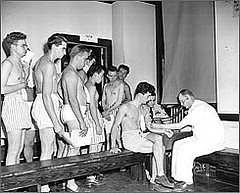 The amateur draft has become it's own sideline industry in professional sports. Draft experts hold down full-time jobs in all sports, though the NBA seems to lag behind in this job creation. Even casual fans put together mock drafts and the experts get airtime on multiple networks for months leading up to draft day. Players are scrutinzed, teams are analyzed, but in an industry where every player is pumped as the next great thing, there is very little opportunity to take the long view. Two gentlemen that were able to do so became the biggest successes their sport has seen.

Chuck Noll and Bill Walsh are the two most successful coaches in modern pro football history. The two couldn't have been more distinct, yet the two couldn't have been more alike. They were born 36 days apart, Noll in Cleveland, Walsh in Los Angeles. Noll made his way through college and into the NFL as a guard on the Cleveland Browns. In his seven year career, the Browns won two titles and played for two more. Walsh played college ball as a quarterback and tight end, but became a graduate assistant and got his Master's Degree in Physical Education as his talent level wasn't up to NFL standards.

Noll and Walsh approached personnel and the structure of a team from opposite directions. Noll's strategy was to make the opponents stop his big-play guys, both on offense and defense. Walsh felt that winning teams were built off of the foundation of the bottom half of the roster, that his superiority in depth would swing the game in his direction against other championship-caliber teams.

Why would Noll and Walsh matter in a discussion of the upcoming NHL draft? Their reputations as personnel geniuses were built on the backs of their draft strategies -- and the most significant similarity between the two was the core of that strategy. Noll and Walsh approached the draft from completely opposite directions to arrive at a similar place. Noll stood pat each year take the best, smartest, player available. Walsh moved all over the draft board, trading up, moving down, trading for picks next year, moving up in this year's 4th round, trying to find the smartest players that fit team's system and circumstances. Both men wanted intelligence on the field, in practice and in the locker room -- not just in-game smarts, but genuine, well-rounded thinkers taking the field for them each week.

Both men stressed teaching as a coaching practice, and needed players that would learn the lessons quickly. Both coaches preferred to hire assistants from the amateur ranks, men who were teachers first. Noll expected his rookies to learn the system immediately. Walsh expected constant study from his players and threw constant updates to the game plan at them without hesitation. Noll's defense called their own signals on the field, changing defenses as often as the offense audibled. Walsh, as an assistant, was astonished to watch the Steeler defenders change defenses on their own, on the fly three or four times before a snap depending on what the Bengals were doing before the play. 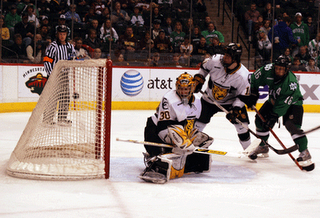 Intelligence, it was the common thread in the draft strategy of the two most successful modern NFL coaches. The Oilers draft strategy under Kevin Lowe's regime was oft-criticized as being all over the place with questionable decisions throughout his tenure. However, Lowe's drafts have produced and in the later years of his time as the man pulling the trigger, he tended towards players of above-average intelligence. Guys like Sam Gagner, Jordan Eberle, Riley Nash, Jeff Petry, Andrew Cogliano, Chris Vande Velde and Cody Wild were all given marks for their brains. All are along different places in their development arc, but they look like they will have a shot at making a mark, even minor, in the NHL at this point. It should be noted that Rob Schremp was not in this group. Take that as you'd like.

Lowe should be lauded for veering towards intelligent players when most professional scouts seems to exclude intelligence from their scope. Most reports focus on things like speed, vision, toughness, physicality, and the dreaded upside. When scouting reports do mention intelligence, it's always "hockey smarts". Intelligence is never used as a way to separate the chaff from the wheat - it's just a throwaway. All of this discussion of intelligence raises some questions: In his first draft, will Steve Tambellini continue the recent trend of bringing intelligent kids into the system? Will he adhere to his self-imposed mandate of getting bigger at the expense of the organizational IQ? If the Oilers continue to make intelligence a priority, who are the kids that have separated themselves by their intelligence in this year's class?

The Oilers haven't really had a direction since the day Chris Pronger left town. Lowe, through the draft, has been slowly bringing an identity to the organization. Skilled, intelligent kids with a willingness and ability to learn are scattered everywhere. Steve Tambellini should not ignore the direction that Lowe has taken, and he should certainly heed the lessons of Chuck Noll and Bill Walsh, even at the expense of size and toughness.