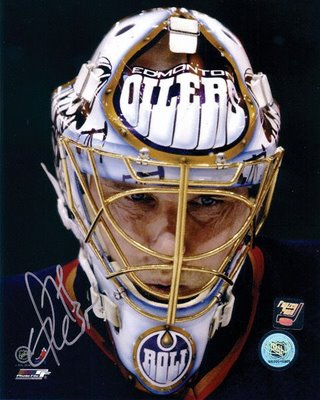 Maybe one has to be a certain age to care as much as I do, but I'll make no apologies for that. I've followed the game at the national level since Father David Bauer's valiant squad of amateurs lost a 3-2 heartbreaker to the Soviets in the final game of the Innsbruck Olympics, then got cheated of their bronze medals by a crooked judging decision.

I've watched (mostly on TV, very occasionally live) pretty much every significant international game available to me since then: World Seniors, World Juniors, NHL tours, Canada/World Cups, Olympics. Most but hardly all of these involved Canadian teams; memorable games that didn't include the "Miracle on Ice" in Lake Placid and especially the epic 1969 battle between Czechoslovakia and the Soviet Union in Stockholm in the first meeting of the Iron Curtain rivals after the Prague Spring. I still rank that 3-2 Czechoslovak victory over a Soviet team at the peak of its powers on the very short list of the greatest hockey games I've ever seen.

I suffered through the "shamateur" debates that resulted in Canada's withdrawal from the 1970 Worlds that were to be hosted in Winnipeg and the 7-year hiatus that followed which included two Olympiads. I watched, intently and intensely, every game of the '72 Summit Series, and still haven't forgiven Mr. Sprisak, my Physics 30 teacher, for scheduling an exam during the first period of the decisive Game 8.

Canada finally returned to the world stage in the 1976-77 season, hosting the first Canada Cup before sending a team that included a number of out-of-playoff NHL players to the Worlds that spring. The team was competitive but never victorious, capturing 3 silvers and 4 bronzes from '77 to '93, before finally breaking through in a Gold Medal Game with a memorable shootout win against the Finns in 1994. That was the first of 5 world titles over the last 15 years.

Bill Ranford backstopped that '94 squad. Today, another Edmonton Oiler, Dwayne Roloson (pictured), gets the opportunity for some gold medal heroics. Roli, the only player on either team who was alive during the '72 Summit Series, gets the start for Canada in what is arguably the biggest game of his career. His fellow Oiler Shawn Horcoff, meanwhile, plays a sudden death game for all the marbles for the 4th time in 7 years.

Despite an impressive 24 gold medals apiece, the historic rivals have met just twice in the final since the format was changed from round robin to single elimination games. The Soviet Union won the first such encounter in 1989, while Russia stole the gold in overtime last year on Canadian ice.

Russia returns 14 players from last year's Gold Medal showdown, Canada just 6 (Hamhuis, Spezza, Heatley, Doan, Roy, St.Louis). This might be seen as a disadvantage, however I'm not worried due to the wealth of international experience representing the red-and-white today:

Of 19 players apt to the see the ice today (shown in bold, reserves in italics), 17 have previous international experience at 46 major tournaments, 14 have won gold (20 gold medals total) including 9 at the senior level (14 gold medals total). I didn't even track previous exposure at events such as the U-17 and U-18 tourneys. Suffice to say the Program of Excellence is actually delivering on its blueprinted promise.

A frenetic period with a running time of just 33 minutes. Russians appear to be getting the better of it to my eye, although Roloson was the great equalizer with a number of fine stops, including two on a game-opening powerplay. Canada responded with a nice goal on a great backhand pass from Doan to Spezza, and things stabilized for awhile. However, I thought Canada was guilty of losing its composure at times, especially in the second half of the period. A few too many "hero plays" for my liking, guys running around out of position or leaving their feet to (try to) make defensive plays. If the Russians exhibit a little patience with the puck they will find plenty of holes to exploit. The speed of the game was exceptional, though I would like to see a little more old-fashioned physical play from the red-and-white. More guys need to follow the example of Dan Hamhuis who stopped a couple of Russian attacks with textbook body checks.

A better period for Canada, but a worse result. Canada dominated play territorially, outshooting the Russians 16-5, but failed to capitalize. Couldn't beat Bryzgalov, couldn't get a bounce, and at times gripped the sticks a little too tight and whiffed on a good opportunity. Russian defenders also made a couple of emergency defensive plays by keeping their heads and their feet. Unfortunately the same can't be said for Chris Phillips on the goal, an odd-man rush against the flow of play. Mike Fisher hustled back to eliminate the passing option but Phillips overplayed Radulov, going down and sliding out of the play as the Peripatetic Predator stepped around him and hammered a perfect finishing nail past Roli. Exactly the kind of play I was concerned about after the first. I expect Canada to keep pressing in the third, but they need to keep their heads; the Russians are deadly on the counter attack.

What a heartbreaker. Canada continued to carry, at times dominate, the play, but never could find a way to beat Bryzgalov a second time. Shots on net were 27-9 Canada over the final 40 minutes, with many more chances thwarted by a stick check, a bad bounce, a blocked shot, a fumbled pass. All 18 Canadian skaters generated at least 1 shot over the course of the game as the red-and-white really pushed the play. The Russians played Hang On Harvey hockey in the third especially, but it worked. I even saw Ilya Kovalchuk playing dump-and-not-even-chase a couple times.

Another classic moment in the bizarre world of European television coverage occurred in the dying seconds, when after two long delays to put a second back on the clock, they finally did get around to dropping the puck for the crucial faceoff with the camera focussed on Russia`s back-up goalie looking on from the bench.

Kovalchuk played 30:33, over 12 minutes more than any teammate. The defence-by-committee played a solid game, with all 8 guys playing between 12:31 and 16:30, not a typical recipe for success. Canada relied heavily on the Nashville pair of Shea Weber (31:58) and Dan Hamhuis (28:39) who did a solid job mostly matched against Kovalchuk. Up front Derek Roy led the way with 22:31, including a head-scratching 10:40 in the third after he had banged up his wrist crashing the net late in the second.

For the first time, Canada`s tournament-leading powerplay didn`t get a sniff, getting only 2 opportunities as the refs decided to put their whistles away after enforcing Kitchen Sink rules for most of the tourney. The battle on special teams -- and ultimately the game -- was lost when the Russians converted on a puck-over-glass penalty in the first. The cheapest of all penalties has cost Canada a goal in each of the last two gold medal games ... both one-goal losses to the Russians. That`s pretty harsh medicine for what is generally an innocent play. Proving yet again that hockey, like life, isn`t always fair.