Share All sharing options for: The Top 10, with a bullet

Everyone in the 'sphere has there own list of prospects. Lowetide does his top 20 and maintains it every six months. JayDub set out to rank an ambitious top fifty. He's also insane. 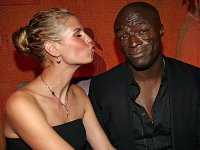 My list contains only the top ten. I took Jonathan's top fifty and applied some science to it - a formula that combined [1]NHLE, [2]current production vs. draft year peer production, [3]past players in the same position and their upside, and a little bit of [4]how I saw 'em. In the brackets after each prospect is my perceived upside for the player if every single piece breaks right. Development, injury, teams, coaches - if everything breaks perfectly, I think they can touch the hem of the garment the guy in the brackets is wearing.

1. Theo Peckham - He's got the highest [2] rating on the list. He's easily the furthest along in the prospect pool. He's mean. He hits. He's got very little offensive upside, but if he is brought along slowly, he's going to end up as...[Brooks Orpik]
2. Riley Nash - Size, grit, intelligence and the ability to make the big play. With some honing and an improved touch, he ends up like...[Keith Tkachuk]...drafted in the same vicinity in the first round.
3. Teemu Hartikainen - The highest [3] rating on the list. The kid's 18-year-old season was honestly something special. What he does next year means so much, but right now, as long as Craig MacTavish doesn't try to turn him into Toby Petersen, he and his wicked wrister end up as...[Tuomo Ruutu]
4. Jordan Eberle - The big [1] in the organization. He's slight, slow and not well-thought-of outside of the WJC fanatics. But he has a great shot and he always seems to know where to go to make a play. If he can only add half of a step, he's going to be...[Alex Tanguay]
5. Cody Wild - Rumored to be effective in the offensive end, the stats don't show it, he's got size and he's quietly become responsible in his own end, he grows up to be..[Brent Sopel]
6. Chris Vande Velde - Size, experience, hard work in a highly-rated college program. He wins draws and does all of the things asked of him in all zones, just like...[Shawn Horcoff]
7. Taylor Chorney - Mobile, big and possesses an offensive reputation. Completely overwhelmed against real opponents, if he ever catches up to the pro game, he can be...[Paul Mara]
8. Milan Kytnar - The highest [4] rating on the list, Kytnar was strong for the entire WJC. He's two ways with some nice offense. Luck be a lady tonight and turn Milan into...[Jochen Hecht]
9. Jeff Petry - A big, smooth skater with offense to burn. He lords over his college program and isn't giving anyone a look at what he really has to offer, meaning he's going to take a bit more time to develop like his pro counterpart...[Ryan Whitney]
10. Tyler Spurgeon - He eats tough minutes for breakfast, but won't ever be more than a bottom 5 player. He can't break into the league for a full-time job without a bit more seasoning, like...[Jay Pandolfo]

That's my list as of right now, in order, one through ten. Again, the bracketed comp is my pie-in-the-sky if that player is as lucky as Seal.