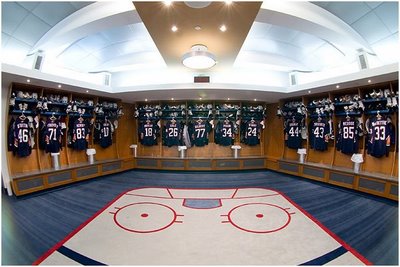 In 2006 the Oilers made a thrilling run to Game 7 of the Stanley Cup Finals. It was a veteran group: 19 of the 25 players who dressed during the playoff run were aged 27 or older, the other 6 age 25 or younger.

Fast forward three years, and just 6 players remain from that Cinderella crew. 5 of them were, and remain, veterans: Dwayne Roloson, age* 39; Steve Staios, 35; Ethan Moreau, 33; Fernando Pisani, 32; Shawn Horcoff, 30. Of the youngsters, only the enigmatic Ales Hemsky, now 25, remains an Oiler.
( * - "hockey age" as of Feb 1, as per Hockey-Reference.com)

Brad Winchester and Marc-Andre Bergeron were in the pressbox during those Stanley Cup Finals and were gone within a year. Of the four key youngsters of that run, last summer's trades of Raffi Torres (now 27), Jarret Stoll (26) and Matt Greene (25) gutted the squad of three of them. One of the departed players was moved for yet another unproven youngster, the other two netted a valuable but now injured veteran. Whatever the return, what was lost was an important link between the older and younger members of the team.

The 2008-09 Oilers are rumoured to be a fractured squad, with a significant group of 30-something vets, a larger group of youngsters with collectively little success in their pro careers, and not much in between to bridge the gap. Here's a breakdown of the 33 players who have suited up for Oil this season:

That's right, a great big hole right in the centre of the Bell curve, which even the gigantic Steve MacIntyre cannot begin to fill. Other than SMac and his 67 minutes of ice time, there's not a single player on the roster in the prime age bracket of 27-29.
And when the likes of Ethan Moreau -- or Craig MacTavish for that matter -- looks around the room, he sees a bunch of 30-something guys who have been through the wars, many of them together, and then a bunch of youngsters whose history with the Oilers is one of failure. Is it any wonder there are rumours of a disconnect in the room?