Linus Omark Update (Or: Does Anyone read Swedish?)

Share All sharing options for: Linus Omark Update (Or: Does Anyone read Swedish?) 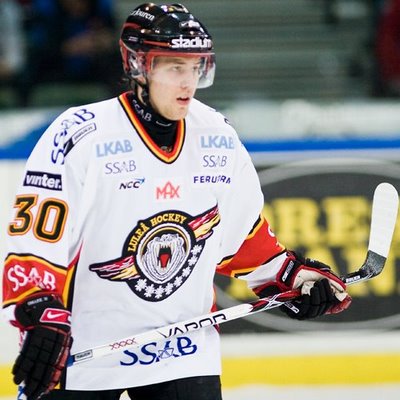 There's a new article in a Swedish paper on Linus Omark (h/t to Korpen2009 of HFBoards). The problem, of course, is that I don't read Swedish. So, I plugged it into an online translator, with some funny results, but also with a couple of points that may or may not be accurate.

- Omark will receive a new contract offer from the Oilers some time this week.
- Omark's shootout goal has been very well received in Sweden, with many comparing it favourably to Peter Forsberg's (Foppa criminal) goal in Lillehammer.
- The offer from an unidentified KHL team is more money than Omark will earn in Edmonton, but his dream is still to play in the NHL (the title of the article is "dream")

The key quote comes at the end of the article, regarding Omark's negotiations with Edmonton:

"That I have heard on the bid date has not been good enough. I do not know if they believe in me fully and I'm not interested in farmarhockey"

That's a fairly sketchy translating job, but it seems to me that Omark has changed his mind - he was quoted earlier in the year as saying he would be willing to play in the AHL to get an NHL job, but if "farmarhockey" means what I think it does, that would not appear to be in the cards.

Is he worth a one-way contract? I think so. It's a far better risk than offering that same contract to Mathieu Roy or Jeff Deslauriers.