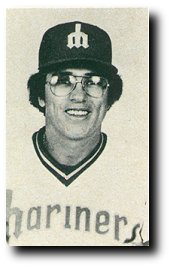 Congratulations are in order for Andrew Cogliano and Craig MacTavish. Cogliano has done something rare -- he's become so bad at faceoffs that Mario Mendoza is happy to welcome him to the Futility Hall Of Fame. Mendoza was a shortstop with good range, a great glove and a strong throwing arm. In 1970, the Pirates signed him out of the Mexican leagues as a twenty year-old. He came with the nickname "Hands of Silk" and the Pirates brought him through the organization hoping that he would be the defensive stalwart to anchor the middle for a decade. He didn't disappoint in the field, he was slick, reliable and could make any throw - at the plate, however, was another story. Mendoza couldn't hit big league pitching. Not even close. After posting a .204 batting average in five years with the Pirates, used mostly as a utility infielder and in spot platoon, he requested a trade. Pittsburgh General Manager Harding Peterson obliged Mendoza, sending him to Seattle. The Pirates won the series without Mendoza, while Seattle gave him 400 at-bats. He responded with a .198 batting average. Shortly thereafter, in a now famous interview, George Brett used Mendoza to describe those who can't hit. He made one more stop in Texas, ended his career a .215 hitter and with Brett's help, became linked with a .200 batting average -- now known as The Mendoza Line.

Cogliano finished off the last two months of his season going 24% in the faceoff circle, with ~80% of his faceoffs coming in the offensive end or neutral zone. On March 21st, Cogliano's win percentage stood at 37.4%, but he managed to end the season at 37.2%, a truly remarkable accomplishment. He became the worst single-season man of the new century, and Craig MacTavish, with Edmonton in the middle of a playoff race, sent Cogliano out there through the last period of the season. With Edmonton's playoff hopes on the line, MacTavish allowed Cogliano to win 24% of his faceoffs, ignoring other able centermen available to him.

Updating a chart that I posted in the prior Cogliano thread, here is a list of the ten worst faceoff seasons in the NHL since the year 2000:

Andrew Cogliano makes the list twice in his first two years. Not only is he the worst single-season faceoff man, but it's clear that he's also the worst faceoff man in the NHL overall since 2000. It's time to dub 38% in the faceoff circle The Cogliano Line.

With Sam Gagner in the second slot on the depth chart also in the bottom 10 in the NHL, at 42%, it's been obvious for quite some time that a shift to the wing, or a trip out of the organization is in order for Cogliano. With a desire to win pucks and a feisty nature, his speed and scoring skill give him all of the makings of a 30 goal man on the right side for ten years. If he's being obstinate about this move, as some in the media have suggested, then he must be traded. They have one year left on his entry-level contract to determine if he's a scoring winger or not, if he refuses to play the wing, Colby Armstrong would look nifty coming back the other way. Attempting to keep him at center effectively kills a line matching option and forces one line on the team to start without the puck far too often - making it impossible for the entire line to be effective. [Note that this does not apply to Evgeni Malkin]

One quick note: as of March 21st, Patrik Berglund, St. Louis' wonderful young center had won 38.4% of his faceoffs, but he made a late season charge and ended at 39.8% - no longer in the bottom 10 of the decade, thanks to the futility of Andrew Cogliano and the management of Craig MacTavish.