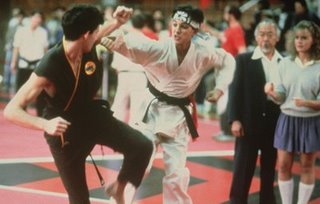 Gabriel Desjardins has helped hockey fans to quantify something that coaches have always done to varying degrees of success, determine who is best-suited to play the difficult minutes on the ice. In the course of writing my entry on Martin Hanzal, I did some work with the BTN numbers and saw that Hanzal had played the tough minutes two years running on the Coyotes. That led me down the path of finding his peer group in that regard.

Over the last two years, 32 players have played the toughest minutes for their team while playing a minimum of 65 games each year. The list is below, broken down by position.

Here is the raw data, sorted by goal differential/15:

A few things jump out on this list. There are very few bargains in the world of tough minutes, and even fewer in the world of outscoring tough minutes. "Just get a checking center to play the tough minutes" is something that you'd hear in a discussion on the topic, usually from a person that doesn't want to see their team play talent against toughs. "Checking centers" don't grow on trees - there are eight of them total that can outscore. And they are expensive. Even the centers that are playing the toughs and not outscoring are going to average north of $4 million for 09/10.

The fact Stephen Weiss is on this list is stunning, at least for me. I devour alot of hockey - ask my wife. I watch games constantly and would never have guessed "Stephen Weiss" as the answer to "Who is the 4th best tough minutes player in the league?". I wouldn't have guessed it with 100 chances to answer. I've got something new to watch for when the Panthers are the game of choice.

A guy that plays a game that everyone can love -- Colby Armstrong -- shows up here. He was an outscorer in Pittsburgh and continues to be the same in Atlanta. He's physical, gritty, works the boards, corners and the front of the net and loves to lay people out in the open ice. He's the only outscorer to play for two different teams over the last two years. He is one of three restricted free agents, along with Stafford and Grebeshkov, that should receive multiple offer sheets this summer.

One Oiler-centric addendum: Shawn Horcoff misses this list by 12 games lost last year due to injury. Looking at the available data from Horcoff, we see that he would be an outscoring at a GF/GA per 15 of .11, good for 9th on the list and he would be the 9th outscoring tough minutes forward. Horcoff's cap hit was $3,600,000 this year, dead on for the group as a whole and a $400,000 bargain when looking at the outscorers only. Beginning next year, Horcoff's cap hit jumps to $5,500,000 which has been the subject of much consternation amongst those Oilers fans that love traditional stats. By the above measure, Horcoff's contract next year is still a $250,000 bargain, provided he can continue to play the tough minutes and outscore.