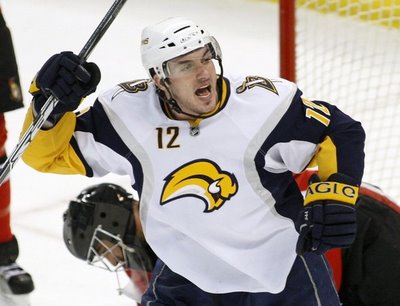 This is Ales Kotalik, the player currently slotted on the left wing of Ales Hemsky and Shawn Horcoff.

Let's compare him with Liam Reddox, fringe NHL'er, at even-strength. To make this fair, we'll pretend that both players have played a full 82 games this season, and have played the same amount of ice-time (12:00 minutes a night, say) and have only played at even-strength. How would their scoring numbers compare?

The point I'm making should be obvious. It is beyond me how the Hockey Operations department of the Edmonton Oilers does not understand that Ales Kotalik is not a scorer at even-strength. It doesn't surprise me in the slightest that there was nary a word critical of the Kotalik trade in the Edmonton media, though.

After all, he's friends with Hemsky, right?