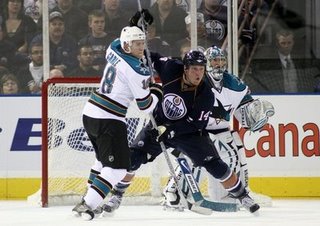 According to TSN.ca the Philadelphia Flyers have sent Steve Downie, Steve Eminger, and a 4th round pick to the Tampa bay Lightning in exchange for Matt Carle and a 3rd round pick. First off, let’s look at the cap hits:

Matt Carle – 3.4M for the next four seasons, UFA

Tampa Bay, which was rumoured to be trying to clear payroll, picks up a pair of cheaper players for Carle. Philadelphia, on the other hand, is in more of a bind than they were before this and are skirting right on the edge of the cap. When players start coming back from injury (Randy Jones, with a 2.75M cap hit, is expected sometime in December) they’ll be forced to make a move f not sooner.

It’s an interesting decision by the Lightning to trade Carle. Just this past summer, Dan Boyle was moved to San Jose for the young defenseman, and in a good will gesture, the Lightning used their final pick of the 2008 Draft on Carle’s younger brother David, who was forced to stop his career before it even started because of a heart condition. Read more...