A Modest Question For Readers

Share All sharing options for: A Modest Question For Readers 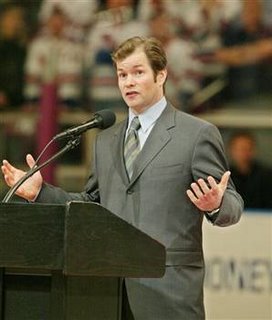 On September 22nd, Adam Proteau of The Hockey News spent the majority of his column (ie, all but one sentence) discussing Mike Richter's possible foray into politics and his political views.

My question: Does his October 11th column, criticizing Ed Snider and the Philadelphia Flyers for allowing hockey to be used as "a political backdrop" strike anyone else as hypocritical?

Because it seems to me that he can't really have it both ways.