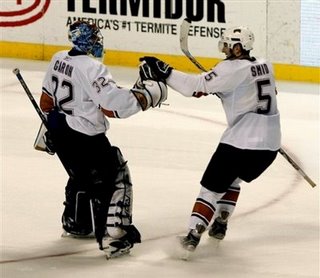 Most teams are a couple of games into their NHL seasons, so it is clearly time to panic, right? According to the Ottawa Sun’s ill-famed rumour-monger Bruce Garrioch, there are a bunch of things that could conceivably happen. Here’s his article, including an Oilers rumour (apparently, the team has a defenseman named Smead). Given that Garrioch’s reputation isn’t especially stellar (see here for one example), I decided to go look for some verification. Fortunately for me, Lyle Richardson (better known as Spector) had also seen the same article, and done some analysis for us already. Read more...