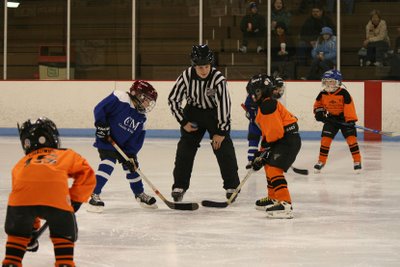 Finally, after nights of meetings and a thankfully-brief web view of the sleeper in Vancouver, my schedule and the TV gods align to bring Oilers hockey live to my couch. Never the same as being in the building but my big new HDTV screen at least begins to breach that elusive third dimension.

Here's the starting line-up according to Gregor (courtesy Digger on Lowetide):

That's seven newcomers to focus on, including the entire bottom unit. I'm especially keen to see Trukhno, Brule, and Chorney. Strudwick too. Hell, all of them; for some of these kids this is their Big Shot.

I have no intention of running a game-day thread; Lowetide has a great thing going over at his site with 120+ posts a night for three untelevised exhibition games, so I'll just join in on the fun over there, at least while the game is underway.