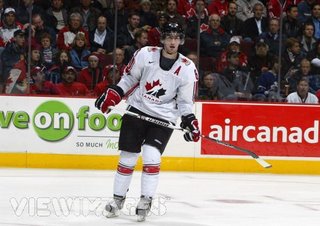 Top Canucks prospect Luc Bourdon has been killed in a motorcycle accident, several sources in the French press are reporting.

The accident occurred just outside of Shippagan, N.B., where Bourdon was from. He was 21.

Bourdon played in 36 games with the Vancouver Canucks, scoring two goals. He also won two gold medals with the Canadian World Junior Team, along with a silver medal at the U-18 level. He was widely regarded as the Canucks' top prospect.

Absolutely devastating news for his family and teammates. Condolences to those who knew him.