Every So Often, You Get Surprised

Share All sharing options for: Every So Often, You Get Surprised 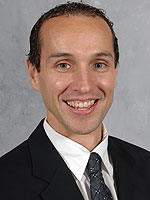 When Rick Olczyk was hired, not a lot of commentators on the Edmonton Oilers said much about it. Increasingly, however, he's getting difficult to ignore- and in a good way. Jim Matheson's column today quotes him on the Curtis Glencross negotiations.

The Oilers' offer is reportedly for less than the $1 million a year similar role player Matt Bradley just received with the Washington Capitals.

"We've given them a deadline," said Rick Olczyk, the Oilers' salary-cap expert who's handling negotiations.

"I know players are looking for the pot at the end of the rainbow," said Olczyk.

The Oilers maintain that Glencross has played less than one full NHL season, and they have a salary grid for fourth-line players. He'll still be an unrestricted free agent if he signs a two-year deal here at the age of 27.

As an Oilers fan, unless you're a member of Glencross' immediate family, this isn't anything but good news. The simple fact of the matter is that even a 500K overpay is significant- teams need to be getting value from their contracts to be successful. The line that especially stood out to me was the "salary grid" line. If the Oilers have adopted a salary grid, it should mean a great reduction in the number of "loyalty" contracts to role players.

Olczyk's official position with the team is Director of Hockey Administration and Legal Affairs. Reportedly, Olczyk is the one who negotiated with Tom Gilbert and Robert Nilsson - and while the Gilbert contract was OK, Nilsson's was an absolute steal from the Oilers perspective.

Olczyk played four seasons for Brown University (career stats) serving as team captain in his fourth year. He graduated from Cornell Law in 1996, and spent 2001-2007 running his own legal consulting firm. For those of you who are wondering, he was hired ten days after Souray was signed, so he doesn't get any of the blame for that contract ;)

From what I've seen of him this summer (Gilbert, Nilsson, Glencross), I feel confident saying that Lowe went outside the organization to hire a competent negotiator with the necessary education and experience (and with a hockey background)- and that it reflects well on him and the organization.

Other highlights from Matheson's article:

- It sounds like the big choice on LW going into the draft is Torres vs. Glencross. If Glencross signs, Torres gets dealt. If Glencross walks, Torres has a spot. Beyond assuming that Moreau is healthy enough to be a 3rd line LW, this seems sensible to me.

- Rob Daum will be with the Oilers at the draft, and has been offered a position with the team. He has yet to make a decision, as his preference is a head coaching job somewhere.

- RFA Qualifying offers: Stortini is qualified with a 10% raise, Pouliot with 5%, and Pitkanen/Stoll are qualified at last year's salary. The Oilers must make their qualifying offers by June 25.