The Edmonton Oilers Lead the League!

Share All sharing options for: The Edmonton Oilers Lead the League! 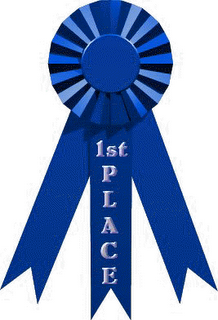 ... in how closely their announced attendance matches their paid attendance! Certainly a category to strive for.

According to an internal NHL report, the Edmonton Oilers give away the fewest tickets, at 200 a game. At the other end of the spectrum are the Dallas Stars, giving away 2500 tickets a game. Looking back at an entry on attendance figures over at Copper Blue Dreams, we can see what this actually means. Dallas is ranked 12th in attendance at 18,038 people/game. Edmonton ranks 18th, at 16,828 people/game. Compare that to paid attendance.

From another Toronto Star article, based on the same report:

In fact, eight U.S. teams – the Coyotes, the Florida Panthers, Chicago Blackhawks, New York Islanders, Atlanta Thrashers, Washington Capitals, Nashville Predators and St. Louis Blues – generated less than half the amount of ticket revenue this season of the Edmonton Oilers and Ottawa Senators. At $1.2 million in ticket revenue per game, the Oilers and Senators garnered the least amount of ticket money among Canadian clubs.

To recap: the Oilers have more than double the ticket revenue of nine different American teams. More than double. This isn't exactly news, but the Oilers don't qualify as a small market franchise any more- this is a team with absolutely no financial excuses for failing to ice a contending team.

Slightly off-topic, from the same article:

The increase in the value of the Canadian dollar may be responsible for as much as half of the league's revenue gains since the NHL went through the lockout of 2004-05, say several sources familiar with NHL finances.

I'll leave it to people with more credible economics backgrounds to explain what all of this means, but one thing seems inescapable: Canadian teams, at present, have an incredible advantage over their southern counterparts.

Update: Somehow I missed the complete chart of ticket revenue per team. The Oilers rank 6th in the league, tied with Ottawa. Hat tip to Mirtle.