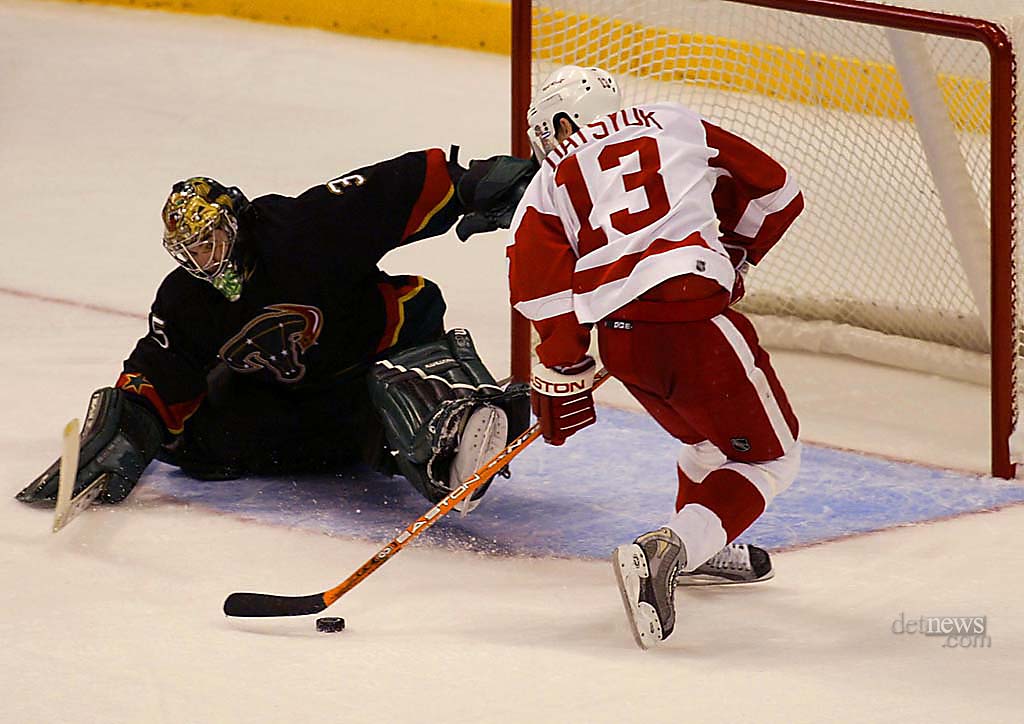 This is Pavel Datsyuk. Along with being a first-line NHL centre, an elite player on a team that constantly wins, he was a 6th round pick in 1998. Those kinds of players aren't supposed to be found in the 6th round, but Detroit constantly unearths these guys. Zetterberg, Datsyuk, Franzen... the list goes on.

Jimmy Devellano, a senior vice president (and former player) with the Wings, says this:
"Yeah, we've been a little lucky getting players where we've gotten them,"
but then he adds:
"How come we're lucky and how come other teams are never lucky in terms of late round picks?"

Clearly, because luck has nothing do with it. Here in Edmonton, we might tend to blame the scouting staff, especially the European section of it, for producing few memorable late rounders, or for producing few memorable Europeans at all. With this in mind, I decided to have a look at the Red Wings scouting staff and compare them with our own. The results probably shouldn't have surprised me, but they did, and they also changed the way I perceive our group.

As much as I've dumped on Kent Nilsson at this site,
I'm beginning to reevaluate that opinion. How is
Edmonton supposed to compete with a team like
Detroit when they only have half the staff?